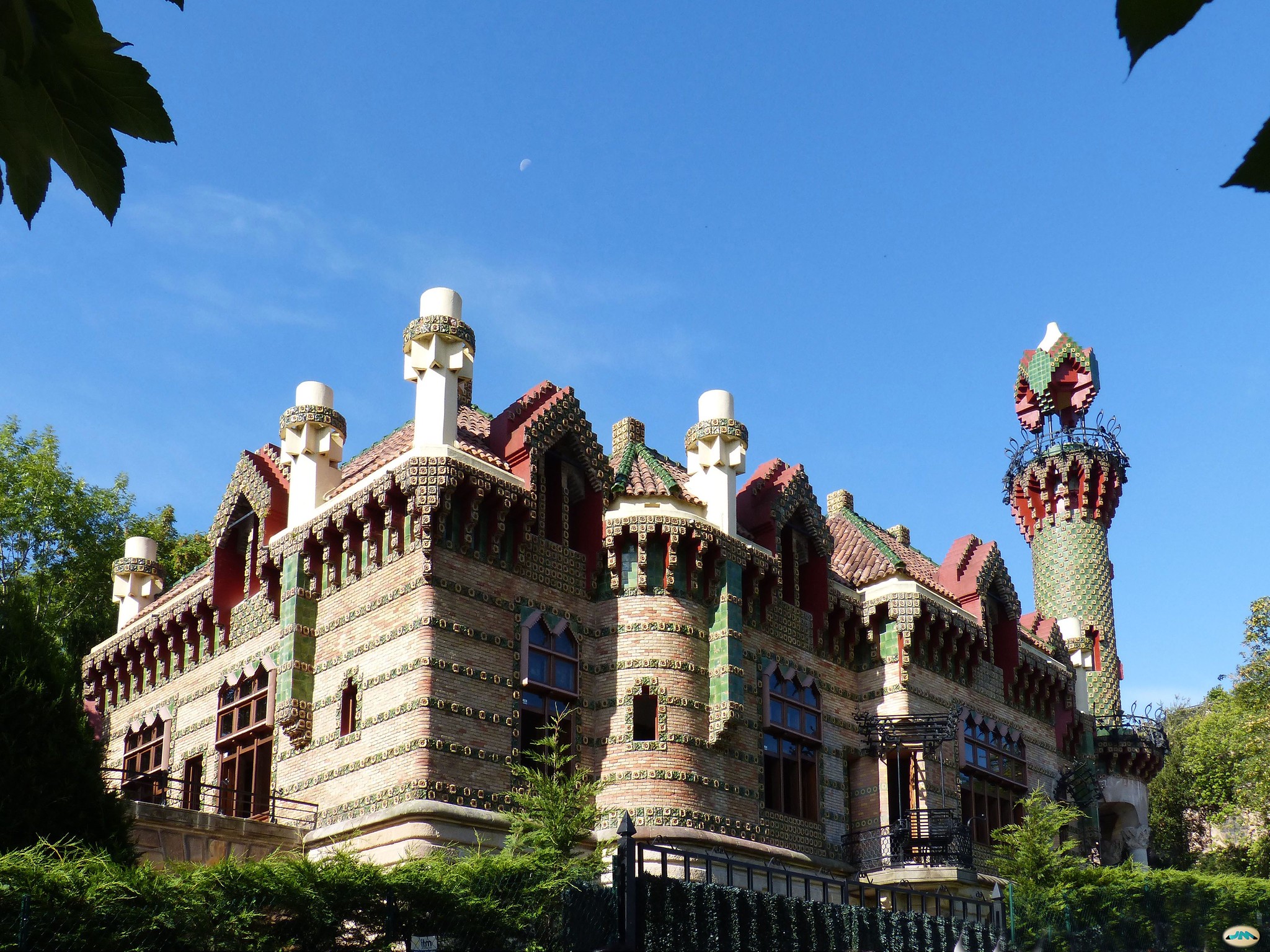 The famous architect of the Sagrada Familia dedicated most of his life to this project, but left some works outside the city with which he is identified.

Antoni Gaudí, the famous Catalan architect, is best known for his work in Barcelona, ​​​​​​where he designed several iconic buildings such as Sagrada Familia, Park Güell and Casa Batlló. Fans and those curious about the work of this universal Catalan artist have Barcelona as their main destination.

Gaudí was not a prolific architect, his career spanned more than 40 years, but he only completed just over a dozen buildings, especially as his life’s work, the monumental Sagrada Familia basilica, was very money consuming. He started working on the church in 1883 and continued to do so until his death in 1926. During the last 15 years of his life, Gaudí devoted himself almost exclusively to the Sagrada Familia, even making the workshop his residence to oversee the works.

However, Gaudí also designed other buildings outside Barcelona throughout his career. These are some of the examples worth visiting: 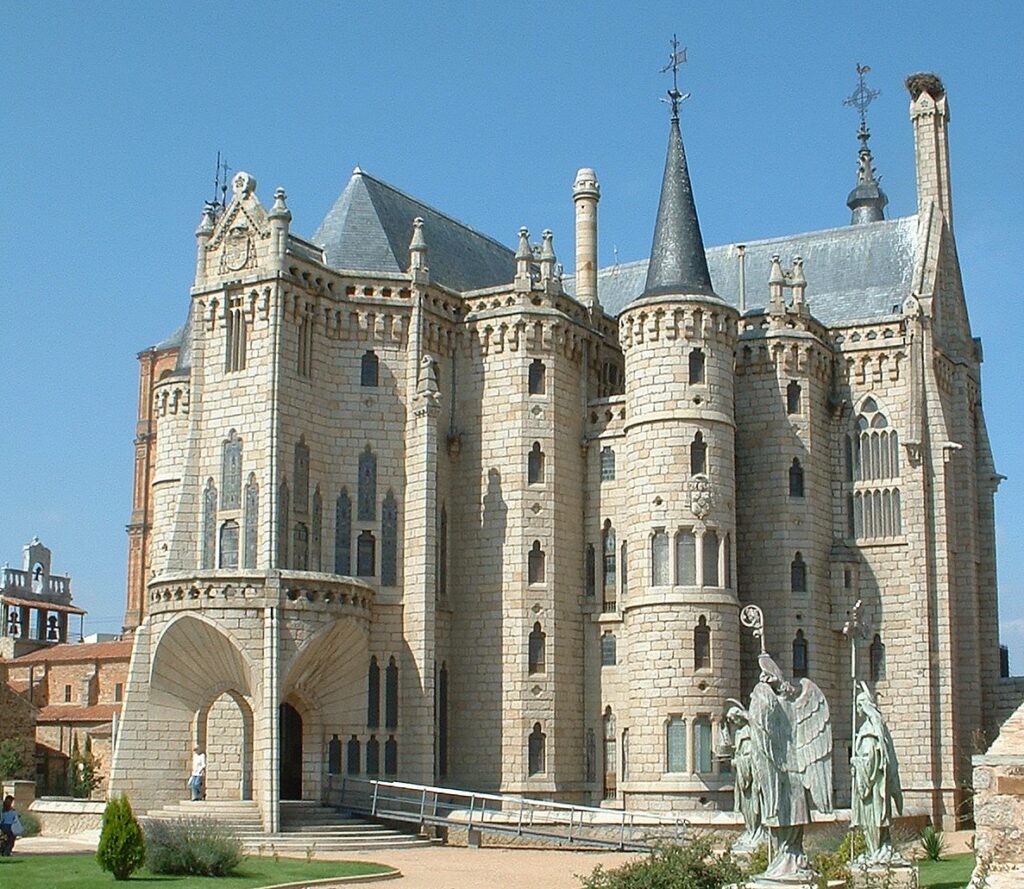 The palace was to serve as the residence of the Bishop of Astorga, and Gaudí was given relative freedom for its design. He drew inspiration from local León architecture and the Gothic style, creating a unique building that combined elements of traditional architecture with its own distinctive style.

The palace was not completed during Gaudí’s lifetime, construction was halted in 1913 and did not resume until the 1980s, and the palace was finally completed in 2011, nearly 100 years after Gaudí’s death.

The palace is an example of Gaudí’s architectural experimentation and creativity. The palace has curved walls, twisting towers and ornate sculptural decorations, and shows his interest in combining traditional and contemporary architectural elements, as well as his love for intricate and colorful tiles. 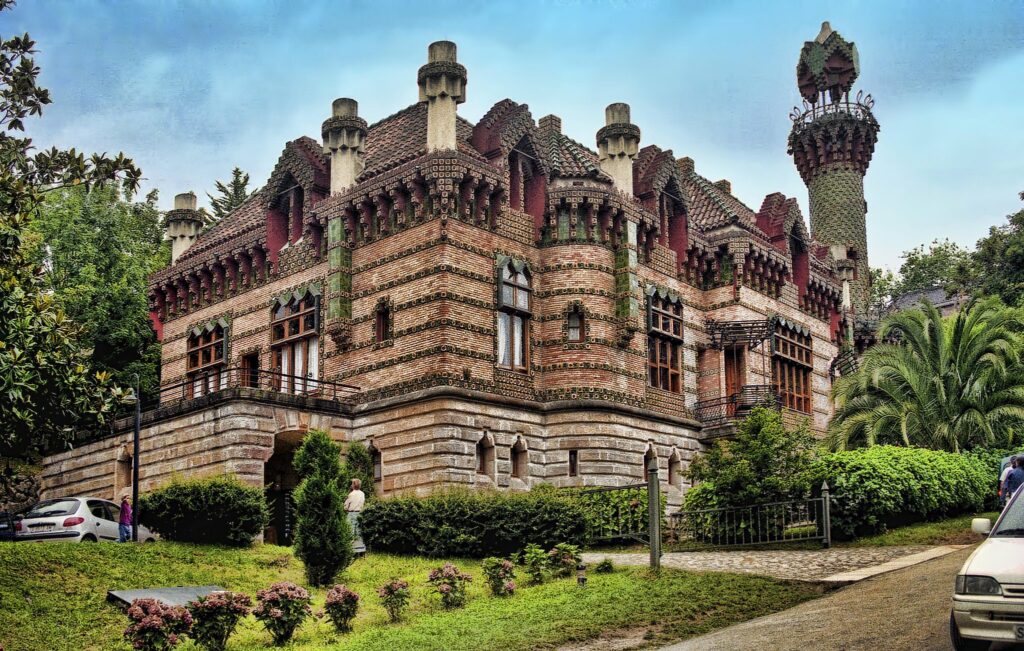 Villa Quijano, popularly known as “El Caprica” ​​is a building located in the town of Comillas, Cantabria. It was designed by Antoni Gaudí and is one of his few works outside Catalonia. The building was commissioned by the industrialist and politician Máximo Díaz de Quijano in 1883, as a summer residence, and completed in 1889.

Villa Quijano, like many of Gaudí’s buildings, is influenced by his interest in nature, showing his ability to incorporate natural forms into architectural designs. The building features a curved facade and a central tower that resembles the trunk of a tree, with branches extending to form the balconies. The building also features a mix of traditional and modern architectural elements, such as the use of red bricks and colored ceramics, and the integration of new technologies such as iron beams and laminated wood.

Villa Quijano is considered one of Gaudí’s earliest works and is an example of his experimentation with different architectural forms and techniques, showcasing his talent for combining traditional and contemporary elements, as well as his use of natural forms. It is a private property, and since 2010 it has been a museum that can be visited. 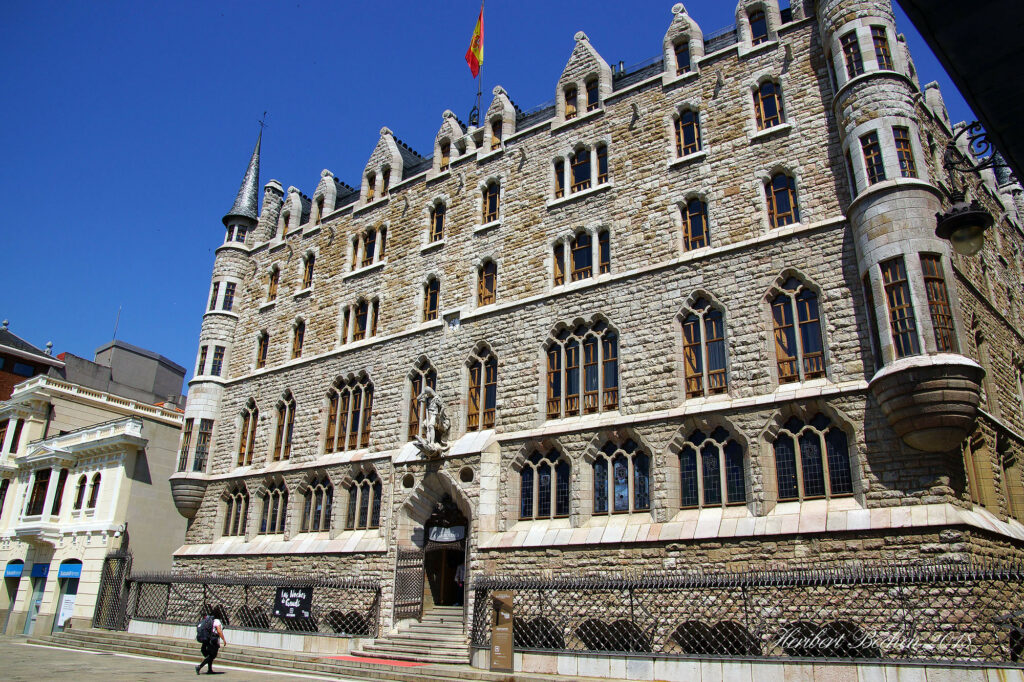 Casa Botines is a building located in the city of León and designed by Antoni Gaudí and built between 1891 and 1892. The building was built for the mercantile society founded by the merchant Joan Homs i Botinàs. Eusebi Güell, one of Gaudí’s most important patrons, for whom the architect built the residence and gardens of what is now Park Güell, acquired the Botinà textile companies, which hired him.

The building was designed with elements such as pointed arches, ribbed vaults and medieval-looking sculptures, but it also showcases Gaudí’s experimentation with different architectural forms and techniques and his use of natural forms. The building is now the headquarters of Caja España. 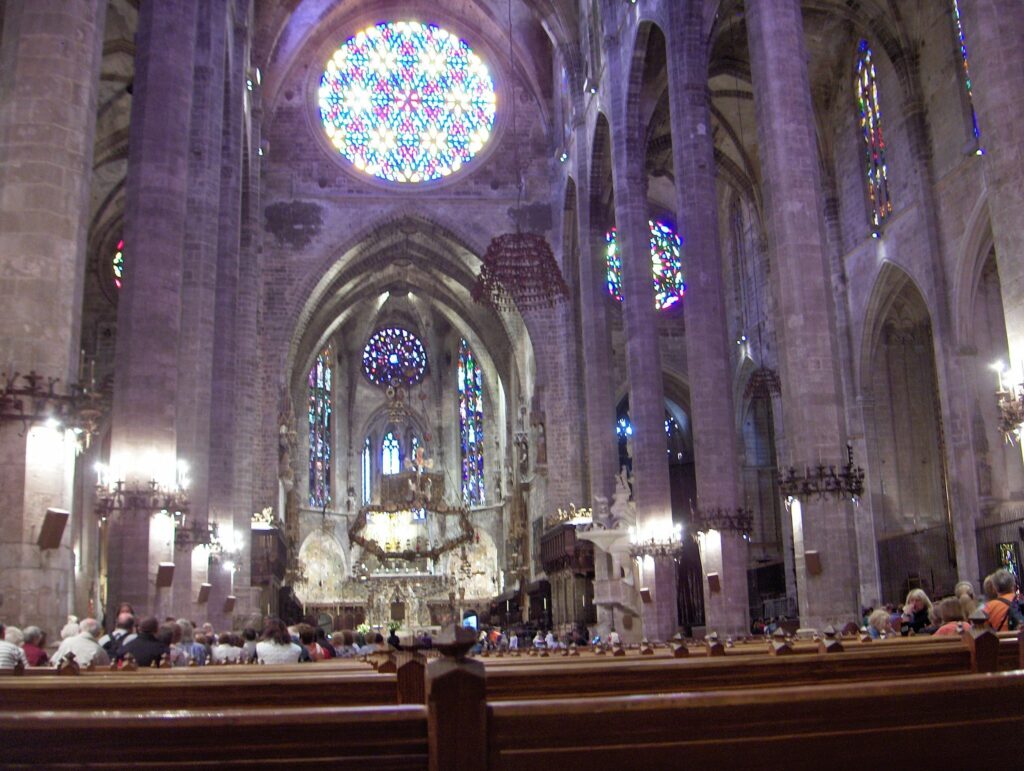 No, Gaudí is not the architect of La Seu, Palma de Mallorca’s Gothic cathedral, built in the 14th century. However, by the end of the 19th century, the cathedral was in disrepair and in need of major restoration. Gaudí was commissioned in 1907 to oversee the restoration of the cathedral and was given relative freedom in designing the restoration works.

Gaudí’s involvement in the restoration of the Seu was not extensive and he did not leave a significant mark on the cathedral, but he did make some important contributions. Gaudí concentrated mainly on the apse and high altar, which he redesigned, adding a new altarpiece, depicting scenes from the life of Jesus, using colored glass and ceramics. He also added a new sacristy and the chapels of Santa Ana, Santa Sangre and Santo Cristo.