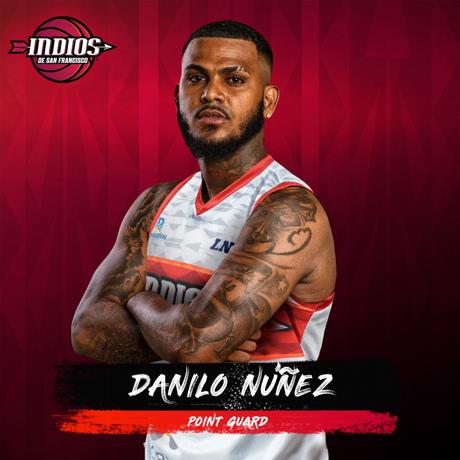 The San Francisco de Macorís Indians reported that they reached an agreement with free agent Danilo Núñez, who arrived in the country last night and joined the team on Monday afternoon.

The information was offered by the general manager Fabio Rojas, who highlighted the skills of the new San Francisco Indians player.

“We have reached an agreement with veteran player Danilo Núñez, who is already in the country, and even participated in his first training session with the rest of the team this afternoon,” said the executive.

“Danilo was in the United States as a free agent and we think he can help us as a veteran point guard who knows the league very well, right now that’s what we expect,” he added.

Nunez is a 5-10 point guard with experience in the national basketball league with various teams.

He belongs to the Mauricio Báez club in the National District, where he plays alongside Juan Miguel Suero, who will be his teammate with the San Francisco Indians.

Manager Richard Ortega said that it will depend a lot on how he feels in the first training sessions, but that he hopes to have Danilo for Wednesday’s game in San Francisco de Macorís, when Indios host Cañeros del Este at 8:00 at night.

The ‘Travieso’, as they call Danilo Núñez, joined the Indios today and participated in his first training session with the entire group on the Mario Ortega roof.