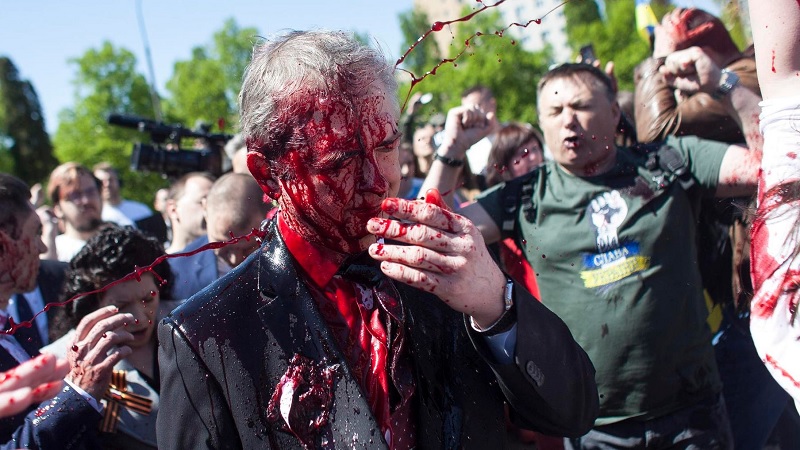 In the Polish capital, Warsaw, anti-Ukrainian protesters threw red paint on the face of the Russian ambassador, a video of which went viral on social media.

According to foreign media reports, the incident took place on Monday when the Russian ambassador to the Polish capital, Warsaw, Sergei Andrew was laying flowers at the graves of Russian soldiers killed in World War II in a cemetery.

The viral video on social media shows the Russian ambassador surrounded by a crowd of people, including his staff and the media, where he is being painted red.

On Monday, at the start of the annual parade marking the victory in World War II, Russian President Vladimir Putin told thousands of troops that Russian forces were continuing to fight against Nazism in Ukraine, but that everything must be done. So that World War II does not happen again.