91Mobiles and well-known insider OnLeaks have once again shared information about an upcoming smartphone, this time it’s the OnePlus 10 Pro. The device is expected to launch in China in late January alongside the non-professional, followed by a global launch in April. 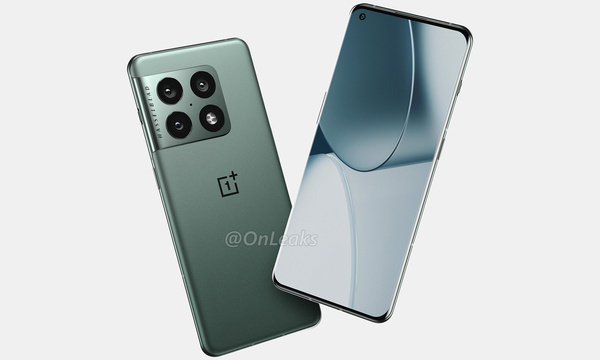 For example, 91Mobiles reports that the OnePlus 10 Pro will have a 6.7-inch QHD + display with a 120Hz refresh rate. Beneath the engine head is a Qualcomm Snapdragon 8 Gen 1 soc, which boasts 8/12 GB of memory. lppdr5 and 128/256 GB of ufs 3.1 storage. The jab is provided by a 5,000 mAh battery that would support fast charging of up to 125 W, although the latter has not been confirmed.

The camera system should consist of a 48MP prime lens, along with a 50MP ultra-wide angle lens and an 8MP telephoto lens with 3.3x zoom. On the front there is a 32 MP selfie camera, which is placed in the upper left corner of the screen. Finally, the phone is said to be IP68 certified, which means that it is dustproof and can be used underwater for up to half an hour at a depth of one and a half meters.