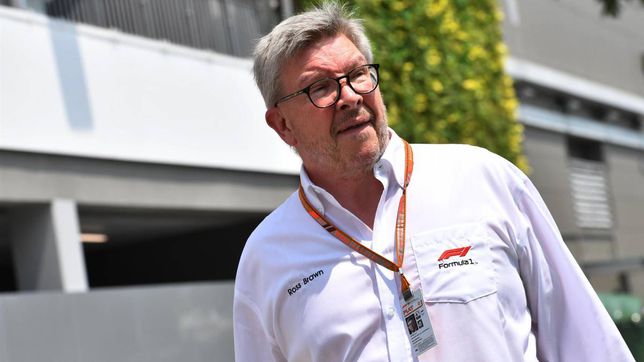 Ross Brawn goes fishing. The 68-year-old British engineer leaves his position as Formula 1 sports director in search of a long-awaited retirement. He can be considered one of the architects of the 2022 sports regulations, the spending ceiling for teams or sprint races, and has been the sports arm of Liberty Media since 2017, when they took over the commercial rights to the championship. Already in Abu Dhabi, the last race of the course, his intentions to take a step back were known. In a group with journalists he talked about it, about his next vacation. “It is time to retire, I will watch the races from the sofa”, published this Monday in the official Web of Formula 1.

“Most of the work has been done, now it is a period of consolidation,” argues Brawn, referring to the budget cap, “a very significant step for F1, a very complex system”; but he also talks about the new weekend format, “the sprint has refreshed the weekend and there will be six in 2023 ″. But above all he talks about a generation of single-seaters, “a great technical change” with a new mentality: “Facilitate the competition.” “It was a huge emotion to see two or three cars fight for position from the first race in 2022, we had not seen it many times. Now you can run hard for several laps behind a car without much trouble.

“We had great races this year, Red Bull started with the wrong foot and they suffered at the beginning, and Ferrari was very strong. Although then we saw Red Bull back. The best thing was the tight competition, the entertainment, the emotions in so many races. We saw very good races. Max cemented his status as world champion with a strong performance from Red Bull; Ferrari took another step forward and they are to be congratulated on the progress. The two runners-up are a good platform to start next year. I hope that in the coming years we will see the rest of the teams fight for the top-3, it would be the icing on the cake for F1″, he sums up the season that has already ended.

Brawn began his racing career in 1976 and has been technical director of Benetton, Ferrari and Honda, and owner of Brawn GP (which he swept in 2009) before progressively ceding control of the team to Mercedes. He interrupted his retirement in 2017 at the call of Chase Carey and Liberty Media, the company that bought F1 to give it a deep face lift. Now, after setting the foundations of what will be the Great Circus in the short and medium term, he is leaving.