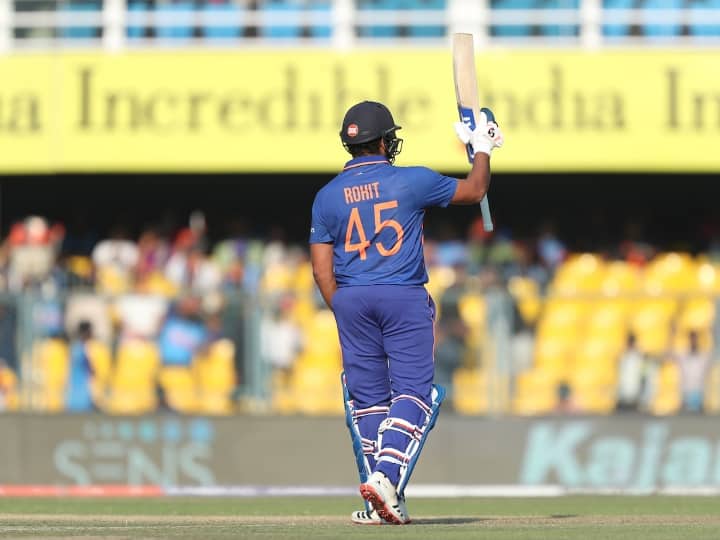 The current captain of the Indian team, Rohit Sharma appeared with good pace in the ODI series against Sri Lanka. He played a breakneck innings of 83 runs off 67 balls in the opening match of the series. His innings included a total of 9 fours and 3 sixes. After this, in the second game, he returned to the pavilion a little early and in the third game, his bat scored 42 runs again. Although he missed his fifty. While playing in this series, he made a special record in his name.

In the T20 and ODI domestic series played against Sri Lanka, the India team won 2-1 and 3-0 respectively. With a total of 142 runs in the ODI series against Sri Lanka, he completed his 7,000 runs at home. Rohit has become the sixth Indian batsman to do so. Former Indian captain Mahendra Singh Dhoni is at number five in this case with 7401 runs. Rohit can easily break this Dhoni record this year.

At the same time, Virender Sehwag has scored 7,691 runs, Rahul Dravid 9,004 runs, Virat Kohli 10,532 runs and Sachin Tendulkar 14,192 runs in their career. Sachin Tendulkar is present at number one on this list with the most runs.

Significantly, Rohit has risen to number 17 in terms of scoring the most runs in ODI cricket. He was at number 18 before the ODI series against Sri Lanka. But now he has achieved this position, leaving AB de Villiers behind. De Villiers scored 9577 runs in his career. While Rohit Sharma has scored 9596 runs.