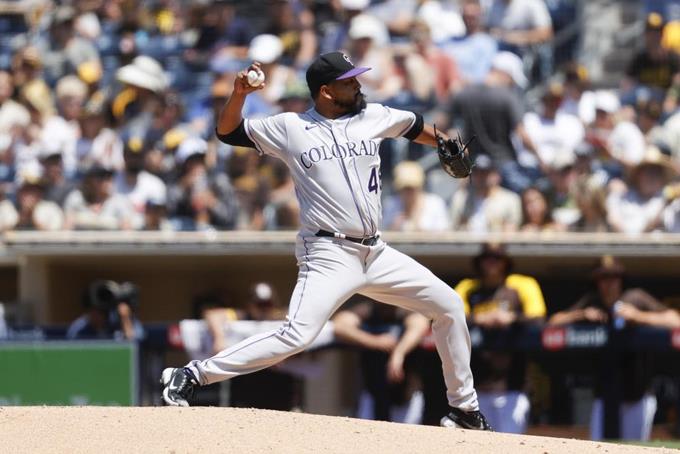 Ryan McMahon put the Rockies up on the scoreboard with a two-out, two-run double in the eighth inning and right-hander German Marquez was solid through seven innings to lead Colorado to a 4-2 win Sunday at Los Angeles. San Diego Padres.

The Rockies won back-to-back games to split the four-game series with the Padres, who played a second straight game without manager Bob Melvin. The manager went into COVID-19 protocols Saturday night along with bench coach Ryan Christenson before Game 2 of a doubleheader. Quality control coach Ryan Flaherty returned to manage the Padres.

San Diego’s Manny Machado had two singles, putting him within two hits of 1,500.

With the score tied 2-2 and two outs in the eighth, McMahon doubled to the right-field corner off reliever Luis Garcia (4-3) to drive in runs from Sam Hilliard and Jose Iglesias. CJ Cron and Iglesias hit back-to-back singles with one out and Hilliard pinch-ran for Cron.

Daniel Bard struck out all three batters the team faced in the ninth inning, including Machado, for his 13th save of the season.

Marquez (3-5) limited the Padres to two runs on six hits, striking out six and walking none.

For the Rockies, Venezuelan Yonathan Daza 5-3 with a run scored. Cuban José Iglesias 4-2 with runs scored and RBIs.

For the Padres, Colombian Jorge Alfaro and Dominican Nomar Mazara, both 3-1.