Robinson Canó returns to the Major Leagues! The Padres sign him and he will be a teammate of Tatis Jr. and Machado 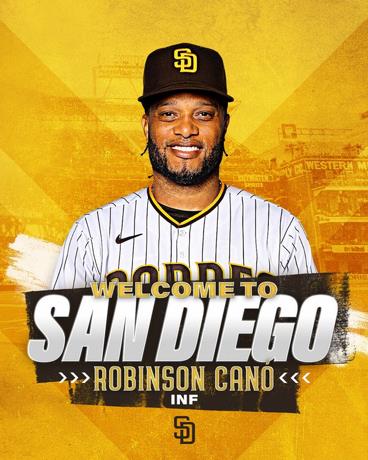 The San Diego Padres officially announced the signing of Robinson Canó to a major league contract.

The 39-year-old Dominican veteran was designated for assignment by the Mets on May 2 and released last Sunday, even though he is still owed $37.6 million on his contract. He hit .195 with a home run and three RBIs in 12 games with New York in 2022.

Here’s a look at what the move means for the Padres.

Where will he play?

Clearly, the Padres’ offense can improve. But his lack of depth has been exposed early this season.

The slugger brings a much-needed left-handed bat to the club off the bench. Manager Bob Melvin is known for his aggressive play with particular matchups.

Canó could also be a designated hitter at times – although Luke Voit is seen as the incumbent. The Quisqueyan also provides depth in the intermediate.

What does Cano contribute?

No, it’s not the same Cano who finished in the top six in MVP voting for five straight seasons from 2010 to 2014, nor the one who won two Gold Gloves with the Yankees.

But it’s a low-cost gamble that could give the Padres a boost against right-handed pitching. Canó missed the entire 2021 season while serving his second suspension for use of prohibited substances. In 2020, he hit .339/.368/.534 against righties.

In addition, Canó is a native of San Pedro de Macorís, just like Fernando Tatis Jr.

Canó is not the cure for all the ills of the Fathers. She helps with bench depth, but the team’s main problem – aside from injuries to Tatis, Voit and Wil Myers – is low production from the outfielders.

With the trade deadline approaching, San Diego could be looking for a bat for its outfield.

Argentina played, suffered and won to reach the semifinals of the World Cup

Tite says goodbye to Brazil: I am at peace with me, it is the end of the cycle

This will be India and Bangladesh’s 11th game in the third ODI, know the pitch report and weather update

slowdown to the market

Was Irfan Khan admitted to NSD lying? The actor himself revealed it.