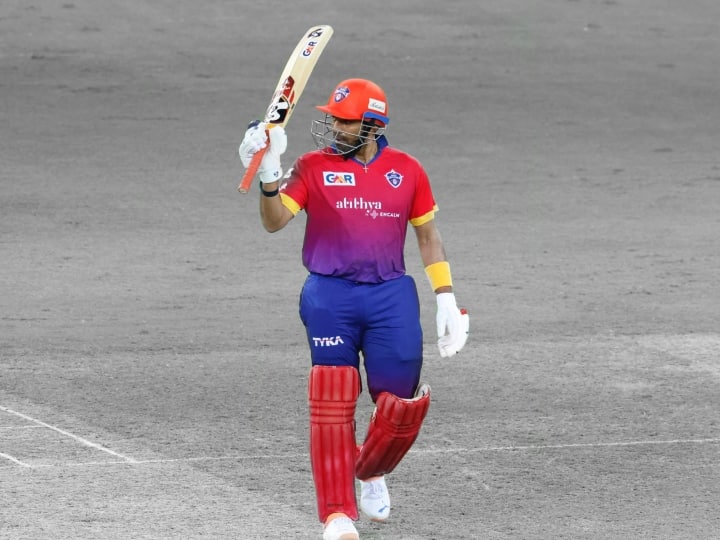 In the T20 International League that is being played these days, the bat of former Indian batsman Robin Uthappa spoke fiercely. In a game that was played between Dubai Capitals and Gulf Giants, Robin Uthappa played a fast-paced inning while batting for a strike rate of 171.74. Uthappa plays for Dubai Capitals in the T20 International League. In the game against the Gulf Giants, he scored a 79-run innings off 46 balls. In this inning, a total of 10 fours and 2 sixes came out of his bat. Uthappa had also played a brilliant tackle in the previous match.

In this match, Dubai Capitals, who were invited to bat first after losing the toss, batted furiously and put 182 runs on the board with the loss of 8 wickets in 20 overs. In this, in addition to Robin Uthappa, captain Rovman Powell scored 38 runs off 25 balls, Sikandar Raza scored 30 runs off 19 balls. Powell hit 1 sixes and 3 fours. While Race entries included 2 fours and 2 sixes. While Hazrat Lukman played a 10-run inning. Other than this, none of the team’s batsmen were able to cross double figures.

Italian Serie A: Napoli, with Gio Simeone, won and is affirmed above