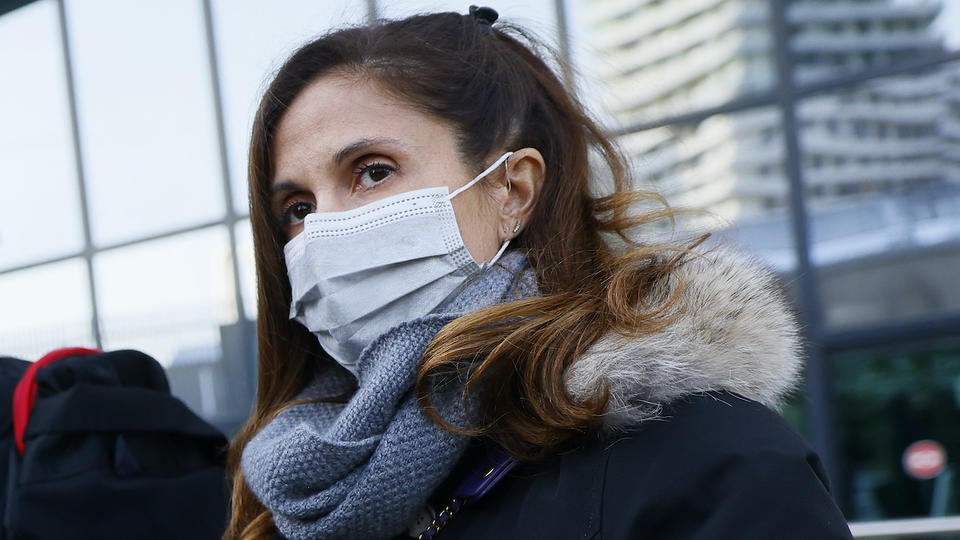 Coline Berry-Rojtman settles accounts with Jeane Manson, the ex-partner of her father, actor Richard Berry, whom she also accuses of having had “prohibited acts” towards her as a child.

Accused by her ex-daughter-in-law of “complicity in incest” and of being part of a sect, the Children of God, that advocates pedophilia, singer Jeane Manson continues to proclaim her innocence. In a message transmitted to his Facebook account this Wednesday, August 4, he published a photo in which he appears to be an accomplice of Coline Berry-Rojtman and challenged Internet users by writing: “What do you think of this publication published on Instagram? of Coline? Berry-Rotman, a few months before the latter’s allegations? But what do you especially think of her comment: ‘thank you Jeane Manson for this reunion’? ”. 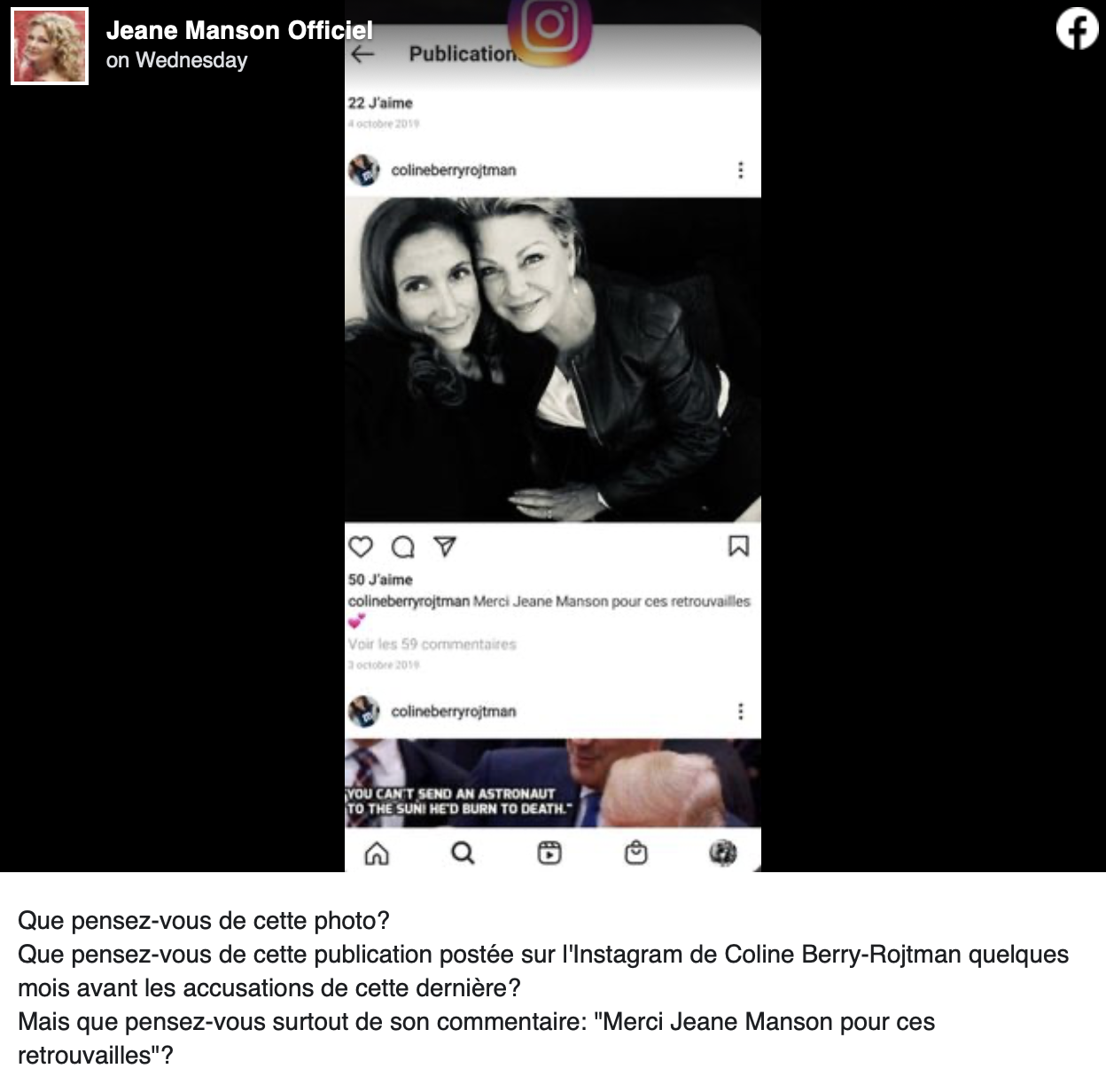 Coline Berry-Rojtman was quick to reply. On her Instagram account, Richard Berry’s daughter published this Sunday, August 8, a long-story text in which she recalls that the investigation is still ongoing and that in cases of incest, families “only tear each other apart. the complaint of the victims. ”.

“My father’s ex-partner, Jeane Manson, seems from her attacks, especially the recent ones, to desperately try to flesh out her baseless defamation complaint against me and the newspaper ‘Le Monde,’ Coline Berry-Rojtman began writing. It is well known that in the matter of incest, the family unit is not torn apart in the commission of the facts but at the moment of its complaint by the victim. And this cell is very often very easily reconstituted around the main author, the incestor. This is the case today, while he has never failed to transfer responsibility for some of his actions to his then partner, herself a victim of his violence. Today I am an adult and I know clearly which adults hurt me and how, even when I was a child. I am no longer afraid to report prohibited acts committed on my person. The investigation is ongoing. I wish the hasty end of these pathetic impostures and these opportune positions, varying according to a purely commercial news such as the release of a single, and which only instrumentalize an audience already acquired from public figures but which ignores all private behavior ”. 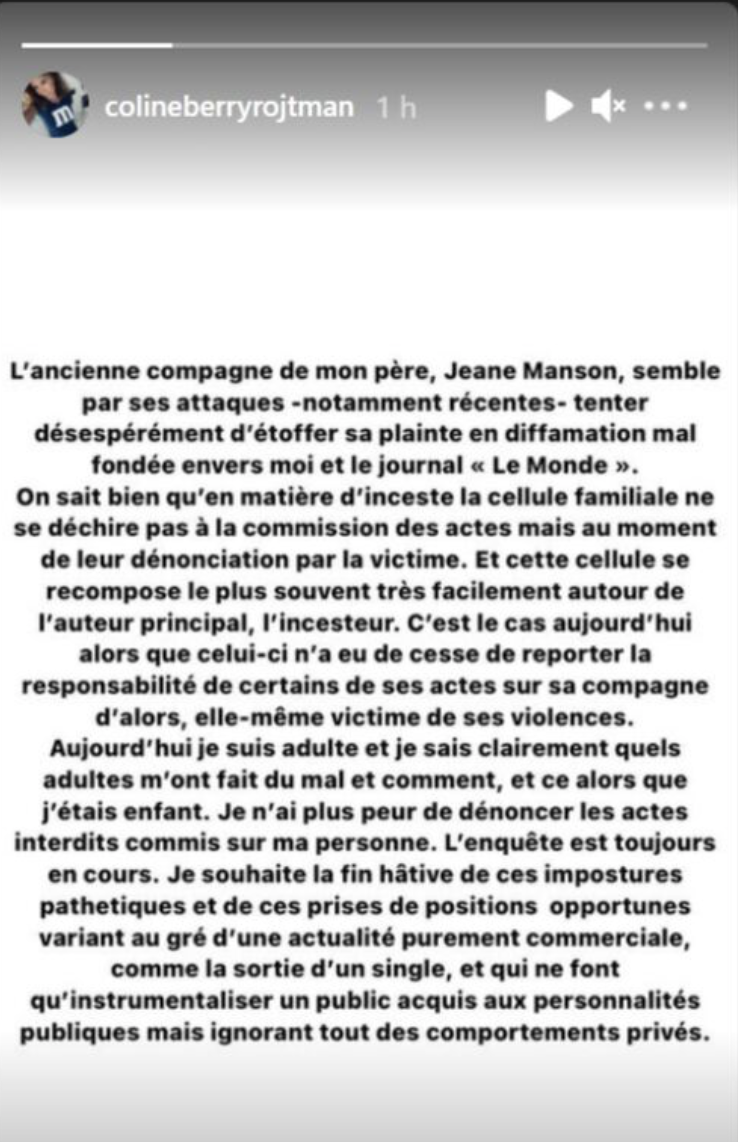 For the record, on January 25, Coline Berry-Rojtman had filed a complaint against Richard Berry and his former mother-in-law, Jeane Manson, for acts of rape, sexual assault and corruption of a minor.

That same day, the Paris Prosecutor’s Office opened an investigation to examine the veracity of the accusations against his father, which date back to 1984-1985.

Charges that the actor immediately denied. “I deny unambiguously and with all my might these dirty accusations. I have never had inappropriate or incestuous relationships with Coline or any of my children. These accusations are false, ”he said in a long message posted on Instagram.

“I need an acknowledgment of the facts” despite a possible statute of limitations, “Coline Berry-Rojtman explained.” We had exchanges. Either he minimizes (the facts), considering them anecdotal. Or he considers it the fault of Jeane Manson whose sexual freedom would have suffered. Or they call me crazy, “he added.

Since the affair broke two clans collide. The actor was able to count on the support of his wife Pascale Louange. On the side of Coline Berry-Rojtman, actresses Catherine Hiegel, Josiane Balasko and Marilou Berry, respectively her mother, her aunt and her cousin, give her their support.