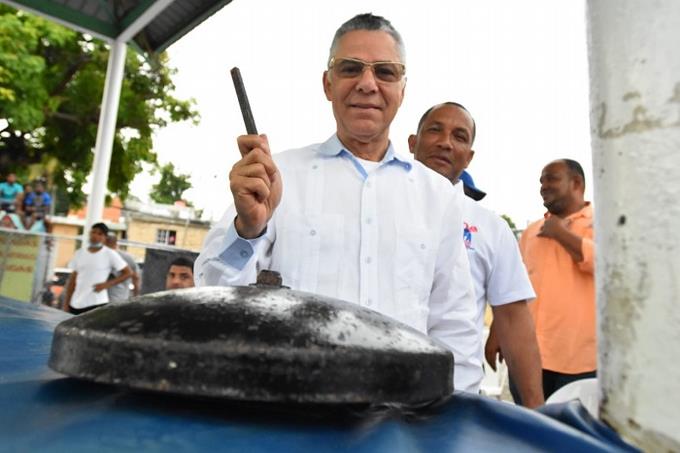 Darlyn Junior Reyes defeated Yasiel Compré, his partner from constituency one, in a tight fight at the start of the boxing tournament of the III Municipal Sports Games of the Santo Domingo Este Municipality, which are successfully held with more than four thousand athletes.

The judges saw Reyes win 3-2 in one of the best fights held in the 56-kilogram category at the Maquiteria Club, which had Mayor Manuel Jiménez witnessing the day in its stands, who previously gave the bell of honor and handed out utilities to the directors of the emblematic entity, cradle of great champions both in amateur and professional.

In the second fight of the afternoon, in the 60 kilos, Reynaldo Díaz defeated his contender Anfernee Omar Díaz in the first round by RSC (Referee Suspende Combate), while in the 64 kgs. Riner de Jesús also arranged for RSC to Freddy Guzmán.

Alexander Mateo did the same thing against Salvador Bautista in the 69-kilogram division, while Noel Pacheco was raised his hand for not showing up for Omar Flores. Elián Manuel Encarnación, from constituency three, easily defeated Juan Carlos Santos, from constituency one (5-0).

Likewise, the Sagrada Familia left the Trinitarios on the field after beating them 2-1 as a visitor.

In another Sunday match, Los Guerreros de Los Mina left the Mendoza representative on the field with a score of 7 out of 6.

Next Sunday, the 26th, the games of the baseball tournament of the third edition of the Santo Domingo Este Games continue.

Álex Txikon is already at home