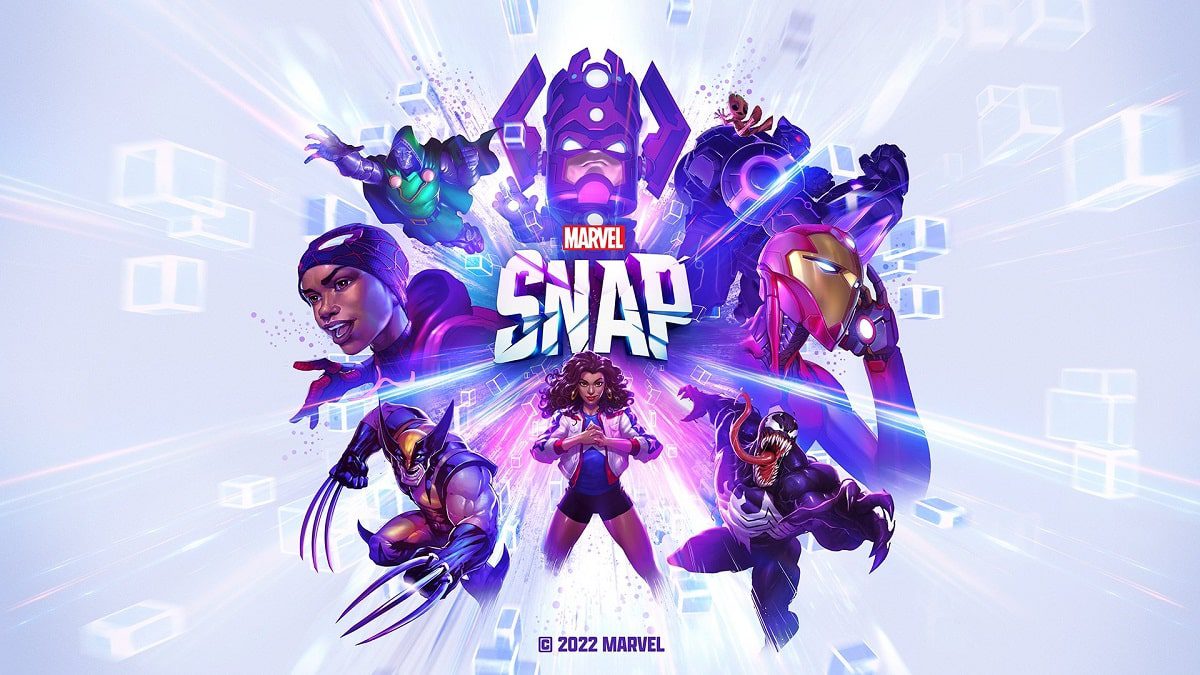 Marvel SNAP is a mobile game developed by the very young American studio Second Dinersome of whose members have already worked on bigger projects like Hearthstone.

We had the opportunity to try it, here is our test of the next mobile game stamped MARVEL!

A REVISIT OF THE GENRE…

The card game, MARVEL has already seen more than one on mobile; Between Marvel DUEL of NetEase which survives with difficulty with its restricted release in Asia, or even Marvel Battle Lines who will have only lived a few months on the global market, games of the genre from the MCU struggle to find their audience.

Needless to say Second Diner therefore took a big risk by attacking this flagship license on a style of play that is so difficult to sustain. But yet, the American studio has more than one trick up its sleeve to succeed in finding a place among the greatest…

A clear and lively interface:

What will immediately jump to the eyes of the player is thedeveloper involvement in the game interface : although Marvel SNAP is played vertically, the immersion is nonetheless reduced. The card game offers a clear and simple interface of use, relying on its crisp, clean graphics. Each menu has a “living” appearance : You will always see something moving on the screen, whether it is the face of a very rare card or a highlighted interactive icon.

Of course, like any self-respecting card game, Marvel SNAP is before everything a collectible card gameand the developers are sure to let us know.

For the same hero, there are several variations of cards, on which the protagonist and his pseudonym are represented in a different way. Added to this are the different effects on the face of the card according to its raritythe personalized card back and the effect produced when it is invoked in combat, and we get a rather nice mix of multiple combinations.

The deck of the player’s combat is composed of 12 cards.

Each card has a necessary amount energy to his invocation – in blue – anda power index – in orange. Some cards also have special powers that can be activated when summoned, or after performing a specific action in game. The composition of the deck will obviously have all its importance !

… WITH AN ORIGINAL COMBAT SYSTEM

If there is one touch of originality in Marvel SNAPshe is beautiful and well in its combat system.

By revealing his game, Second Diner loudly advocated the “quick play”promising that a 1v1 game would last less than 5 minutes.

Bet and promise kept by the devs: a game player vs player actually lasts less than 5 minutes. This short period of play lies essentially in the original gameplay that offers Marvel SNAP: a deck of 12 cards, a lap timer where players play simultaneously, and a game in 6 rounds maximum.

A winning cocktail which rejects all the principles of farmof buildand of play to win championed by other big MARVEL games on mobile. Here, only victory will matter!

Each game therefore opposes two players. Each of their deck is made up of 12 cards.

In Marvel SNAPthe goal of a game is to control as many areas as possible on the board while totaling more power points than his opponent.

The areas have random abilities ; some reduce the power points of the characters placed there, while others only allow a maximum of two cards to be placed there, for example. The idea is therefore to take advantage of these modifiers while combining the deck strategy to gain the upper hand over his opponent.

Each zone can receive a total of 4 cards on each side. It will therefore be necessary to exercise caution and know how to wait for the opportune moment to play THE card that could perhaps change everything, while monitoring his energynecessary for summoning heroes: each round brings +1 energy to each player. The first round will start at 1, while the last will see each player totaling 6. It will therefore be important tobalance your deck in any circumstance !

Win a game will allow you to earn creditsas well as cards needed to improve your current maps. Upgrading your cards gives them better rarity and visual (3D effect orienting with the rotation of the phone, better effect when summoning…) but does not improve their potential power or skills.

In defeating your opponentsyou will also progress in the various daily and weekly missionswhile increasing your overall ranking and your season rank.

Still young, still in beta testing, Marvel SNAP has both to please and to displease ; of the fast games that allow you to play almost anywhere at any time, with a progression system based on the win to progress. But one severe lack of content and game modes ; no campaign, PvE, training mode or playable heroes. A “quickplay” strategy that likely handicaps the game and which thus limits the possibilities that a game like Marvel SNAP… at least for now.

Innovative and original, Marvel SNAP honored his bet by offering the player a gameplay at a time fast, dynamic and strategicallowing him to play almost anywhere and at any time.

With some quality graphics and 3D effects which unquestionably recalls playing cards, while borrowing the comics drawings from the MARVEL universe, Second Diner made the immersion of its first mobile game almost flawless.

However, these specifications advocating the “quick play” seems quantitatively limit the content which could benefit a card game of this kind, in which the player could quickly feel running out of playable game modes or heroes.

Still in limited beta testing, Marvel SNAP nonetheless a good playing card game that fits well into the mobile games category ” hobby “and could appeal to more than one when its global release is getting closer – without an official release date yet.