Until Europeans first encountered platypus (Ornithorhynchus anatinus) S echidnas (Tachyglossidae) in 1790 in Australiait was assumed that all mammals They gave birth to live young people. The question of whether some mammals put eggs became one of the biggest questions of the zoology century, and was hotly debated in scientific circles.

The possibility of a mammal laying eggs had important implications for discussions of evolution, as it suggested that there were groups of animals that could change from one thing to another.

“Immediately its reproduction gained great interest. Essentially, platypuses and echidnas were thought to have some features previously thought of as mammals and others as reptiles. This had huge implications, as it meant that the “rules” that naturalists had devised to order the branches of the tree of life didn’t work,” he tells SINC. Jack AshbyDeputy Director of Cambridge University Museum of Zoology and author of the book The Platypus Matters The Extraordinary History of Australian Mammals, just published.

This happened 60 years ago Charles Darwin published his theory of evolution, but according to Ashby, there were already scientists who thought and opined about evolution. evolution. “The possibility of a mammal laying eggs had important implications for discussions of evolution, as it suggested that there were groups showing that animals could change from one thing to another, in this case from something reptilian-like to something mammal-like.” emphasizes the specialist.

However, at that time there were also more conservative scientists that they didn’t want to believe that there was a mammal that laid eggs. “Lizards and frogs lay eggs, so the idea of ​​a mammal laying eggs was dismissed by a lot of people; I think they found it humiliating to associate with animals they considered to have “lower life forms,” adds Ashby. 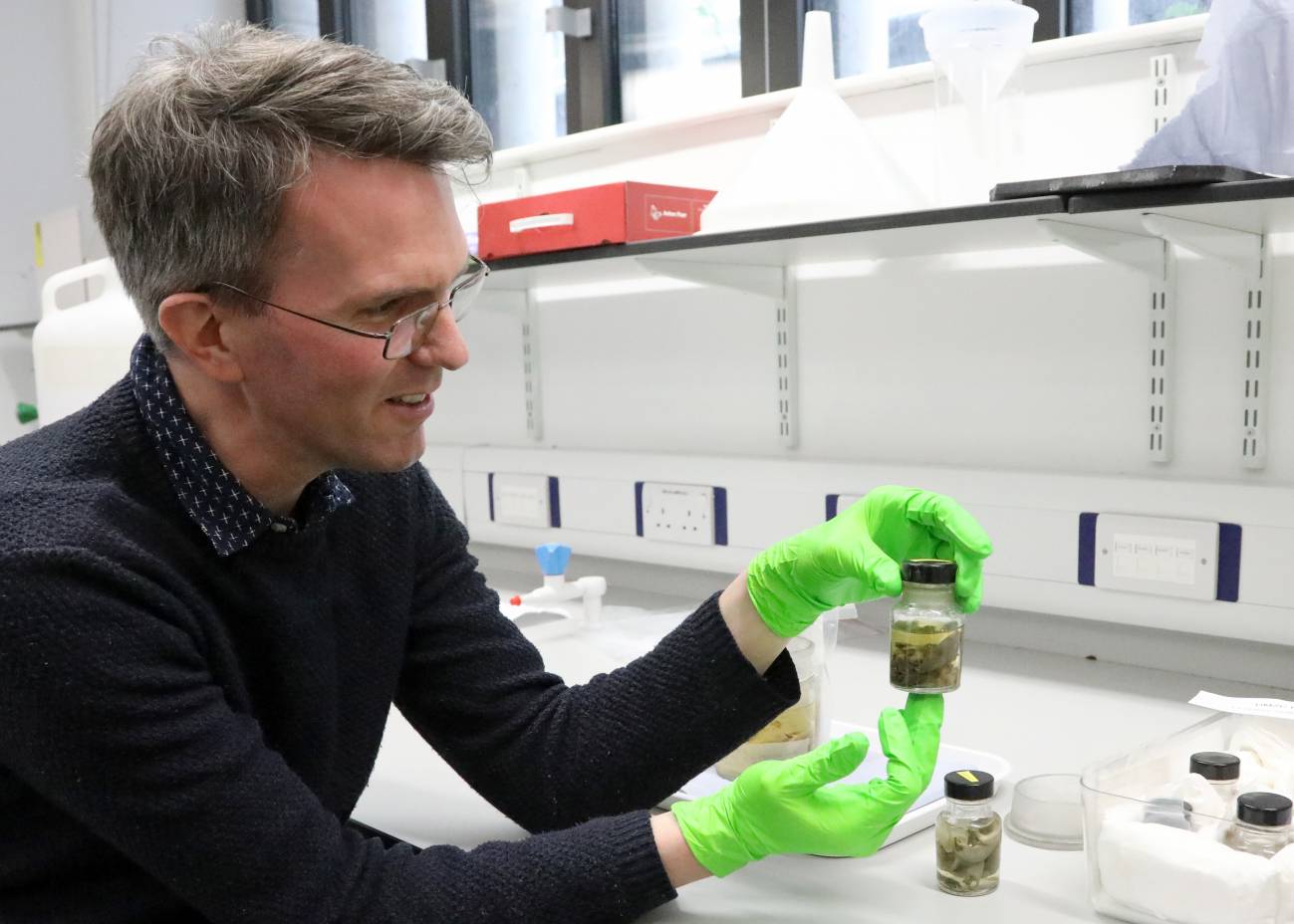 Scientist Jack Ashby holding a jar with one of the specimens collected by Caldwell. / Jaqueline Garget

Evidence that they laid eggs

So for 85 years, European naturalists who traveled to Australia tried to find evidence that platypuses and echidnas lay eggs, even asking the australian aboriginesbut all results sent home were ignored or discarded.

“It was the classic show of colonial superiority complex. Knowledge was discarded in Europe. I think some of the more socially conservative English scientists, who also argued against evolution, were uncomfortable with the idea of ​​mammals laying eggs, as they felt it demeaned the human group. They decided not to believe it and ignored all evidence that it was true,” says Ashby.

It wasn’t until 1883 that the Scottish zoologist William Hay Caldwella rising star of Cambridge embryology, has been sent to Australia, with significant financial support from the University of Cambridge, the Royal Society and the British government, to solve this age-old mystery and describe how platypuses, echidnas and marsupials develop at different stages. of their lives, from fertilization to adolescence.

“It employed up to 150 Aboriginal Australians from the waka waka ethnicity to collect specimens for him [un total de 1.400]and in August 1884 they found an echidna with an egg in its pouchY a platypus with an egg in its nest and another about to be placed. It was irrefutable proof and, as it came from “one of them”, the scientific establishment was finally willing to accept it”, says the British expert.

The news traveled around the world. Caldwell was the first to make complete collections of all life stages of these species. However, the specimens were not catalogued, at least those of this unique collection, at the Museum. The current team was unaware of its existence until now. 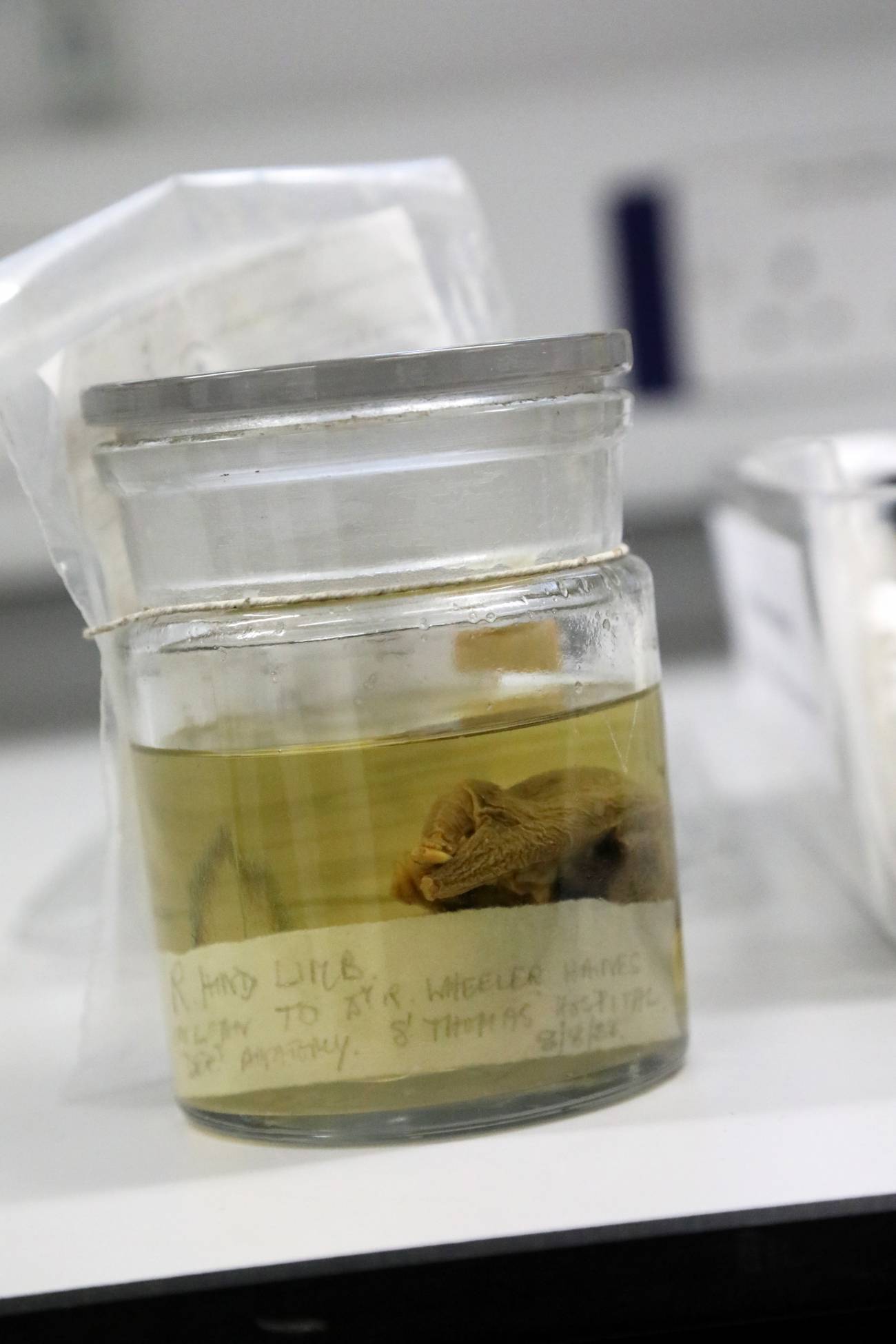 An echidna specimen collected by William Caldwell about 150 years ago. / Jaqueline Garget

When doing research for your new bookShortly after joining the staff at the Cambridge Museum of Zoology, Jack Ashby tried to find any specimens Caldwell brought back, but to no avail.

“I was disappointed when I tried to find them and was told there was no record of them in the museum. I thought possibly Caldwell dissected until there was nothing left, but there was also the possibility that they would appear among our two million copies”, recalls SINC.

As is often the case with all natural history museums, it is unlikely that there will be a complete catalog of everything that is stored. So Ashby asked the director of collections, Matthew Loweto pay attention to Caldwell’s name in the records.

“Three months later, he came to my office to tell me he had found an old note from former curator Adrian Friday suggesting that a small box of specimens moved from a teaching lab might be from Caldwell,” he says excitedly. By analyzing them, Ashby was able to confirm that they were indeed Caldwell’s pioneering discoveries.

“It’s one thing to read 19th century advertisements that platypuses and echidnas lay eggs, and it’s another to have the physical specimens here, which takes us back to this discovery nearly 150 years ago. It’s pretty amazing,” he says.

The scientist’s rediscovery is proof that over the past two centuries, scientists have systematically belittled Australian mammals, describing them as strangers and lower. Furthermore, the expert believes that this continues to affect the way they are described today and undermines efforts to preserve them.

Platypuses and echidnas are not rare and primitive animals, as many historical accounts describe them. They are as evolved as any other. The thing is, they never stopped laying eggs.

“Platypus and echidnas are not rare and primitive animals, as many historical accounts describe them. They are as evolved as any other. What happens is they never stopped laying eggs,” she points out. I think they are absolutely incredible and that they are definitely worth cherishing.”

The echidnas They are Australia’s most widespread mammals and have adapted to live in all climates, from snow-capped mountains to the driest deserts. The platypusOn the other hand, they are one of the only mammals that produce venom, in addition to having a beaver’s tail, a duck’s bill, and an otter’s legs. When the first copies arrived in Europe, people thought they were fakes and that they had been stitched together.

In your book, platypus affairs, Jack Ashby delves into the characteristics of Australian mammals and the impressive lives they lead. “They’ve developed some amazing adaptations, but they’re often described as weird, curious or even primitive,” he laments.

The publication explores how the rest of the world became aware of these species through colonial descriptions that dismissed them as inferior mammals. “Fortunately, people are now very appreciative of platypus, echidnas, koalas, wombats and kangaroos, but I think these early descriptions continue to influence how we view Australian wildlife today,” he says.

“I would prefer that we describe them as wonderful rather than weird and wonderful,” he concludes. 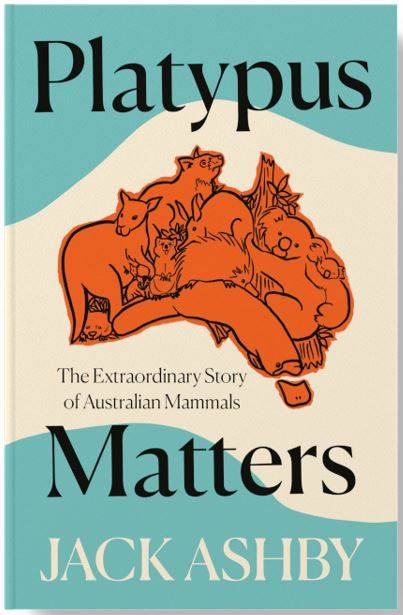