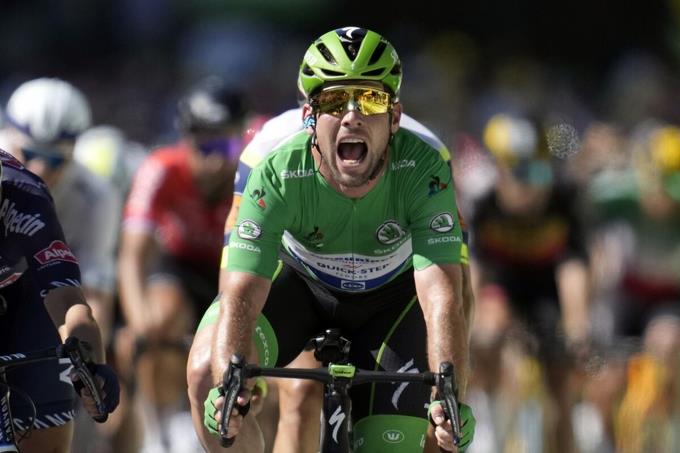 Veteran sprinter Mark Cavendish could have the chance to claim the record for stage wins in the Tour de France.

The 37-year-old Cavendish signed with Astana-Qazaqstan to extend his illustrious career by a season and hopes to compete with the Kazakh team at cycling’s ultimate event in July. British road champion and Belgian legend Eddy Merckx are currently tied on the all-time table with 34 stage wins.

“The happiness of riding my bike and the ambition to keep winning are more alive than ever,” Cavendish said, according to a statement released by Astana on Tuesday. “As always, our goal will be to get to the top of the podium.”

Cavendish tied Merckx’s record in the 2021 Tour de France, 13 years after his first cover win. Cavendish — who has never won the Tour, unlike five-time champion Merckx — was not called up for last year’s edition by his previous outfit, the Quick-Step Alpha Vinyl team.

Incorporating a figurehead like Cavendish is a positive note for the team after the retirement of Italian Vincenzo Nibali, and the dismissal in February of Colombian Miguel Ángel López for his alleged relationship with a doctor suspected of supplying prohibited drugs.

“He’s the best sprinter of all time,” Vinokourov said of Cavendish. “The arrival of a great sprinter represents a challenge for us, but we are ready. The objectives remain the same, victories in all kinds of races: classics, stages and, of course, the Grand Tours. Mark still has a huge desire to win.

Born on the Isle of Man, Cavendish has twice won the green jacket as the best sprinter in the Tour de France. He has succeeded in the three jewels of cycling: the Tour, the Giro d’Italia and the Vuelta a España, as well as being crowned world champion in 2011.