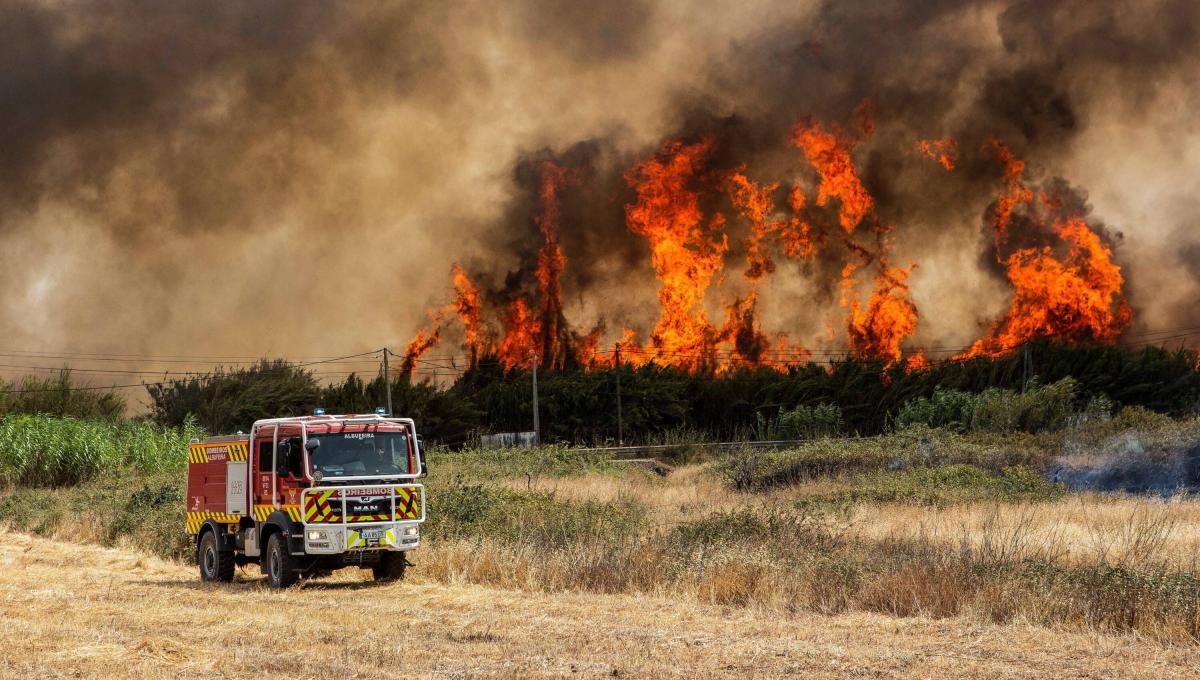 The Earth reached new temperature records, once again surpassing the pre-industrial average temperature by 1°C for the eighth year in a row and satellites recorded maximum concentrations of CO2 and methane, according to the Climate Change Service of the European Copernicus program. Last year was the fifth hottest in the world, with record temperatures in some areas, and the second in Europe, which also had the hottest summer on record.

New data from the European Union’s Copernicus Climate Change Service (C3S) reveal that 2022 was another year of climate extremes, with numerous record high temperatures and increased atmospheric concentrations of greenhouse gases, in addition to intense droughts and floods.

This is stated in the C3S Global Climate 2022 report, created by the European Center for Medium-Range Weather Forecasts (ECMWF). The data were obtained from the Copernicus satellite system.

2022 was the eighth consecutive year with temperatures more than 1°C above pre-industrial levels, with thermometers staying more than 2°C above the 1991-2020 average in parts of north-central Siberia already throughout the Peninsula Antarctica.

Scientists warn, in their studies and in successive climate summits, that to avoid reaching points of no return, global warming must be limited this century to 1.5° in relation to pre-industrial values.

Before 2022, the warmest years are 2016, 2020 and 2019 and 2017, according to the C3S analysis, which points out that these measures may differ from those of other international organizations.

Regions with the hottest year on record include large areas of Western Europe, the Middle East, Central Asia, China, New Zealand, Northwest Africa and the Horn of Africa.

The worrying thing is not that records have been broken by country, but that, globally, it was the eighth consecutive year to exceed the pre-industrial average temperature by 1°, underlined the director of C3S, Carlo Buontempo, who warned that forecasts suggest that this summer will also reach high temperatures.

Atmospheric CO2 concentrations have increased by approximately 2.1 parts per million (ppm), similar to the rate of recent years; while those for methane increased by around 12 parts per billion (ppb), above-average speed, albeit below the historical maximums of the last two years.

The year ended with an average of 417 ppm of CO2 and 1,894 ppb of methane in the atmosphere, which, in both cases, represents the highest concentrations recorded by satellite. If other records are included, in the case of CO2 it would be the highest level in over 2 million years and in the case of methane, the highest in over 800,000 years.

“Greenhouse gases are the main drivers of climate change and their concentration continues to increase every year and shows no signs of slowing down.“, warned the director of the Copernicus Atmospheric Monitoring Service, Vincent-Henri Peuch.

Europe had its hottest summer

The Old Continent experienced the second hottest year on record, surpassed only by 2020, after recording the hottest summer and the third hottest autumn, after 2020 and 2006, according to the report, which reveals that all of Europe, with the exception of Iceland, it has recorded annual temperatures above the 1991-2020 average.

Persistently low rainfall, combined with high temperatures and other factors, has led to widespread drought and exceptionally high fire activity across southwestern Europe, especially in Spain and France.

Emissions from bushfires between June and August were the highest in the EU and UK for 15 years. Only France, Spain, Germany and Slovenia have recorded the highest summer fire emissions over the past 20 years.

Extreme events around the planet

As an example, the Vostok station (Antarctica) reached -17.7°C in March, the highest level in 65 years of records. In September, central Greenland surpassed the average temperature for that month by 8°C.

Central and eastern China also experienced a long heat wave, resulting in drought during the summer. In July and August, Pakistan experienced record rainfall that caused large-scale flooding across large parts of the country.

Australia experienced below-average temperatures and episodes of widespread flooding, a situation typically associated with the persistence of the La Niña phenomenon and likely accentuated by soil saturation.

“2022 was another year of extreme weather in Europe and the world. These events highlight that we are already experiencing the devastating consequences of global warming.according to C3S Deputy Director Samantha Burgess.

In your opinion, this World Climate 2022 report clearly demonstrates that to avoid “worst consequences“Society needs to reduce”urgently” carbon dioxide emissions and adapt quickly to climate change.