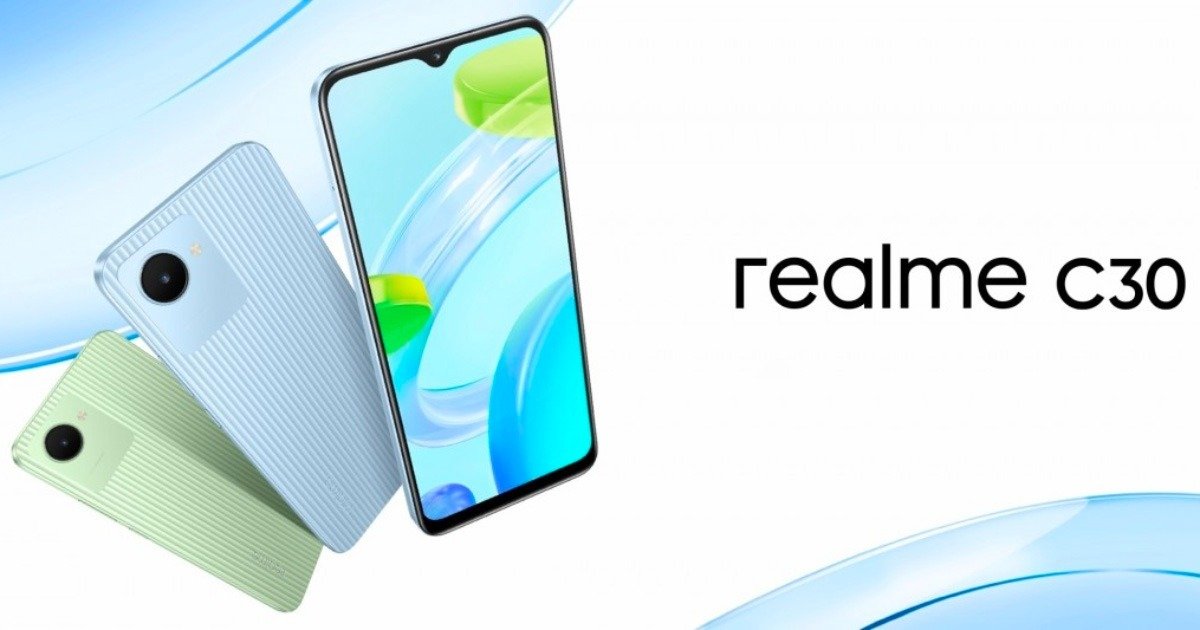 After several weeks of leaks, accompanied by 4gnews, we already have the official presentation of the new cheap (and good) Android smartphone for 2022. This is, in fact, the new smartphone Realme C30 with good characteristics for its segment.

Specifically, the new Realme mobile stands out for its large capacity battery with 5,000 mAh and the promise of up to two days of autonomy. At the same time, here we have a great screen, as well as a more careful design and color schemes.

This is the new Realme C30 smartphone

First of all, the Realme C30 is powered by the Unisoc T612 processor, that is, a cheap SoC with 12nm lithography and eight processing cores. More specifically, we have two large Cortex-A75 cores clocked at 1.8 GHz, as well as six other smaller cores to handle less demanding tasks.

In addition, we find a screen with rounded corners, with an IPS LCD panel and HD + resolution (720p). It has, as usual in these entry-level smartphones, a front camera (5 MP) at the top, housed in the notch of this Android smartphone.

The new model was unveiled today (Monday June 20) by the Indian branch of Realme. Naturally, this will be one of the first, if not the first, on the market to receive the new low-end Android smartphone.

Focusing attention on its rear, we find a single 8 MP camera, as well as its LED flash. In addition, this backrest features a particularly striking ribbed effect/texture that enhances its overall design.

Realme Android phone can use up to 3 SIM cards

The new Realme C30 is accompanied by 2 GB or 3 GB of RAM, as well as 32 GB of internal storage. However, to alleviate this restricted value, we have a micro SD memory card slot for further expansion up to 1TB of capacity.

In addition, the SIM card tray has space for a total of three mobile operator cards, or for two SIM cards and a micro SD memory card. That is, a valuable possibility of expansion for this humble smartphone.

The art of texture! The new ultra slim #realmeC30 It comes with a back panel with a beautiful textured stripe design.#NayeZamaneKaEntertainment launch at 12:30 p.m. on June 20. Know more: pic.twitter.com/wgjI5W1Ir8

We can also take care of its large battery of 5,000 mAh capacity with 10 W charging. We also have the 3.5 mm audio jack port, as well as a micro USB port (something that should not exist in 2022), at the bottom. , to charge.

Finally, the price of this phone starts at the equivalent of $100, or around €90 for the base version. However, the model with 3 GB of RAM costs around 105 dollars, or about 100 euros at the current conversion rate.

The Realme C30 smartphone arrives on June 27 in stores, available through manufacturer online store. The availability in Europe, finally, is not yet known, but it is likely that it will also reach our market.