Your feet are very beautiful to see, do not put them on the ground, they will get dirty. If this dialogue fits, then it’s Bollywood’s tragedy queen, Meena Kumari. Cinderella or Queen of Tragedy, both names are Meena Kumari. People still like to watch Meena movies. She often played tragic characters in movies. Seeing her, people often say that this is her love, her Cinderella, her peace of heart, the fairy of dreams, and the nymph of reality. Meena Kumari’s real name was Mehjabeen Bano. She was born on August 1, 1932 in Mumbai (then Bombay). Seeing the poverty of the house, Meena began working in films at the age of 4. Ella meena wanted to go to school, she wanted to study, but the circumstances of the house did not allow it. The economic situation of her house was so bad that she had to leave her studies and turn to the world of acting. Meena had to work in movies at such a young age to earn money. In the time when children have fun and study, at that age, the innocent Meena worked in movies and took care of her home.

Meena, just 4 years old, began to take charge of household expenses. He started working in movies when he was a child artist. Everyone used to call her ‘Baby Meena’ when she was a child artist. Meena would take care of the livelihood of the entire family. Most of her debut movies didn’t work out. Aside from movies, Meena also used to sing songs. Meena liked to sing since she was little. 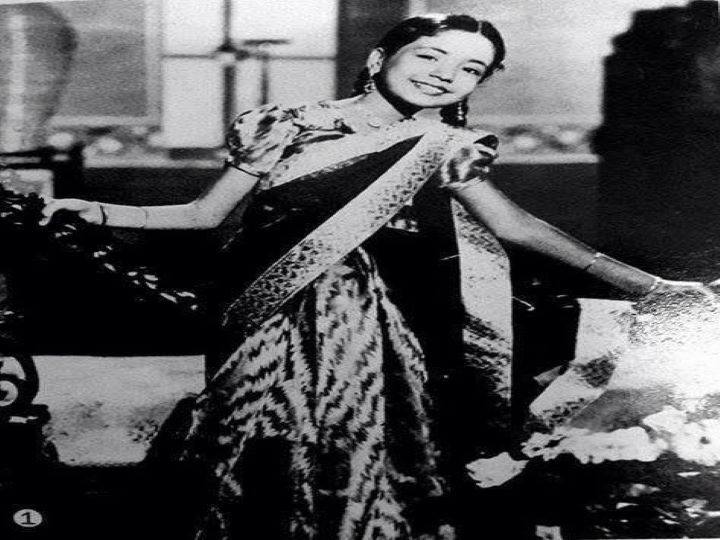 His fight in the cinema did not take the name of the end. Meena Kumari had no godfather or any relatives in the industry. If anything, then the compulsion to work in movies to run the house, as well as his incredible talent as an actor.

Baiju Bawra movie was released in the year 1952. A big accident happened during this movie. In fact, there was a scene in the movie where Meena Kumari had to do a scene on a boat. During the scene, Meena falls into the water and nearly drowns, but she says that neither Jako Rakhe Saiyan could kill anyone. A similar miracle happened with Meena as well. Meena was eventually pulled out of the water by the cast of her movie. Meena had narrowly survived that day. Meena also received the Filmfare Best Actress Award for her performance in this film.

After the Baiju Bawra movie, there were many accidents in Meena’s life. Once upon a time, when Meena was driving somewhere on the way to Mumbai and Mahabaleshwar, he had an accident. This accident was so dangerous that Meena’s left hand finger was broken in this accident, which is why Meena was seen wrapping her left hand finger in a dupatta during most of the movies. Many movies like this were made especially for Meena Kumari. In which there is also a movie Pakeezah. She took almost 14 years to make the movie Pakeezah. Kamal Amrohi, the film’s director, even put rose water in the fountains for a scene in the film. These fountains were made exactly like the fountains near the Taj Mahal. Meena Kumari had designed all of her costumes in this film. This was her last film. The movie name Pakeezah was once changed to ‘Lahu Pukarega’ in the middle but things didn’t work out so Kamal renamed the movie back to Pakeezah.

Actor Raj Kumar, known for his unique style and excellent acting, was also crazy about Meena’s beauty. During the movie Pakeezah, he used to forget his lines after seeing Meena’s beauty. When Kamal Amrohi found out about this, he explained to Raj Kumar that Meena is his alone.

Once upon a time, Meena was going somewhere with her husband Kamal Amrohi from Shivpuri in MP. Then suddenly, on the way, her car ran out of gas. At that time he was surrounded by bandits. So at that time, Meena was very nervous seeing him at first, but when the thief saw Meena, he kept looking at her until one of hers. The thief was a fan of Meena, and thus, all of a sudden, the thief was shocked to see Meena in front of her. The troop of those thieves took great care of Meena and Kamal. When morning came, those bandits were also waiting for gas for Meena. As Meena and Kamal started to walk out of there, a thief pulled out the knife. In reality, the thief wanted Meena’s autograph in his hand on the edge of a knife.

This famous dialogue from the Pakeezah movie ‘Aapke foot dekhne very beautiful, don’t take them on the ground, malay ho jayega’ was not part of the script of the previous film, but Kamal Amrohi remembered this dialogue when he remembered Chanderibai during the film. Pakeezah Of. Chanderibai was a famous tawaif at the time. Whenever Kamal used to go to the kotha to see his dance, he often used to see his feet, because Chanderi Bei used to shake his feet, seeing that only these lines used to come to Kamal Amrohi’s mind that your feet are very beautiful to see , Do not put them on the ground, they will get dirty.

He gave many blockbuster movies like Chandni Chowk, Azad Badam, Naya Andaz, Mem Saheb, Ek Hi Rasta, Bandhan, Pakeezah. Following his footsteps, he dropped a bunch of prizes. Meena Kumari was one of the few Bollywood actresses who is considered a precious jewel in Bollywood history.

Captain America 4: Why and how Crossbones could make its big comeback in the MCU