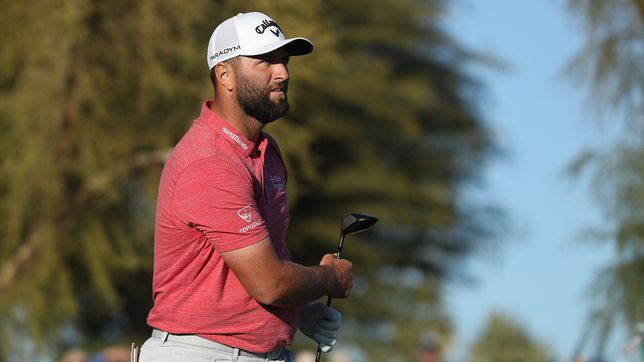 It was in Torrey Pines that Phil Mickelson discovered the winning gene carried by Jon Rahm and predicted for him the splendid future that is present today. It was also there that the Biscayan established himself with his first major, the 2021 US Open. And that’s where this week can crown an overwhelming start to the year, in which he has added two victories in two outings (Tournament of Champions and American Express), has equaled Seve Ballesteros’s record of wins on the PGA Tour (nine) and has been placed leader of the FedEx Cup, the general classification of the North American circuit. As much as the world ranking, whose mechanism was modified last year, places him third, Jon is the fittest golfer in the world today, and from Wednesday to Saturday he has the opportunity to put it black on white. Because now he can unseat Rory McIlroy, the only one who has shadowed him since summer, from number one.

There are several scenarios that would favor the ascent of the León de Barrika, which will start at 7:30 p.m. this Wednesday on the south course of this 36-hole public complex, located on the northwest coast of San Diego (California, USA), next to the Americans Tony Finau and Justin Thomas, in one of the best matches of the day. If he repeats his victory in the first date of the tour that he added to his record, back in 2017, it will not matter what he does McIlroy in the Dubai Desert Classic of the European circuit, with which he debuts this year. If he comes second, he’ll need the Northern Irishman to finish lower than third in the emirates; If that second place is shared, there would be three possibilities; and if he finishes third alone, it would be worth it if Rors does not pass the 28th step.

Why Jon isn’t yet at the top of the golfing world is purely a matter of calculation. In 2022 it was decided to eliminate the minimum points that were awarded to the champion of a tournament, and that it was decided based on the tour that sanctioned said tournament. Now the number of participants has more weight in the formula, because it is considered that it is easier to win fewer players regardless of their quality, which is also taken into account. That is why there have been cases such as the final of the DP World Tour (formerly European) last year, which brings together the 50 best of the season, gave fewer points than the event that was held that same week in the United States, with 140 players. .

Some have seen an error in the modification. This is the case of Rahm himself, who has come to describe the system as “ridiculous”. Or Tiger Woods, who considers it “defective.” Others like McIlroy, who played that week in Dubai, believe it is fair. Be that as it may, the truth is that the classification was already distorted due to the fact that some of the best players in the world have been playing in the LIV for months without receiving points for it, given that the board that directs the world ranking has not given birth even to his repeated requests for entry.

This Tuesday, in the Pro Am day prior to the start of the Farmers, Rahmbo shared holes with former Welsh footballer Gareth Bale, a golf enthusiast with a two handicap, very high for an amateur. The former Tottenham or Real Madrid player, who recently hung up his boots after a brief stint at LAFC, will play the Pebble Beach Pro Am, a tournament that mixes golfers and celebrities on one of the best courses in the United States.

Many ask him to start a professional golf adventure and Rahm joked about his level: “You can’t be that good at professional football and golf at the same time, it just doesn’t seem fair to me. You can’t dedicate yourself to just one thing and have so much talent for golf. It’s not fair at all,” he blurted out between laughs. “The moment you practice more, you will improve a lot. He is a very, very good player, ”added Jon, who Gareth did not ask for“ any advice ”. “Neither should I, he’s already good enough,” added the Basque.