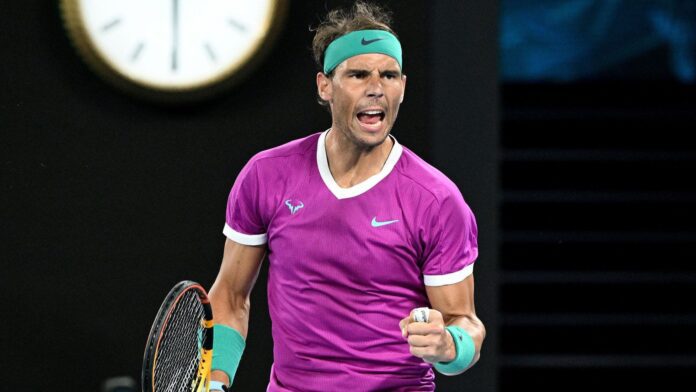 It is no secret to anyone that the standards currently in force Qatar have been really controversial and this time Rafael Nadal has not been oblivious to the comments addressed to the world. In addition, the Spanish tennis player supported all the people who are suffering from not being able to show their freedom of expression.

“We are in a global world in which people must have more and more Rights. Everyone should have the freedom to express the feelings they have, as long as they do not harm others. Nadal also took the opportunity to send a message of reflection on the purpose of sport in society.

“Sports is a place to express yourself, but beyond all that, for me the important thing is that you end up playing football. The decisions that FIFA makes or doesn’t make may seem better or worse to me. The rest should be free to express themselves and show their disagreement, as is already happening.

All this comes as a result of the fact that FIFA prohibited soccer players from showing political signs during the World Cup, a controversial decision in response to criticism of the lack of labor rights of the people who worked in the construction of the tournament stadiums or the harsh laws of the country against the LGTBI+ collective.

Rafa Nadal sees Brazil as the favorite, but trusts Spain for Qatar 2022

However, Rafa Nadal arrived this Saturday in the Brazilian city of Belo Horizonte to play an exhibition match against the Norwegian Casper Ruud, with whom he offered a press conference that, in a Brazil at World Cup times, spent much more on football. than for tennis.

The Mallorcan tennis player was full of praise for the Brazilian team, which in its debut in Qatar 2022 beat Serbia 2-0. “Brazil has the best players, an incredible history in soccer, with which, without a doubt, it is one of the top favorites to win the World Cup,” declared the tennis player.