Without evading its promises, the American Qualcomm today presented its latest processors for the Android market. The spotlight falls on the new Snapdragon 8+ Gen 1, an optimized version of the Snapdragon 8 Gen 1.

With this upgraded version of its high-end processor, Qualcomm has stuck to 4nm lithography. However, the improvements brought by the new SoC are largely due to the adoption of TSMC’s manufacturing process at Samsung’s expense. 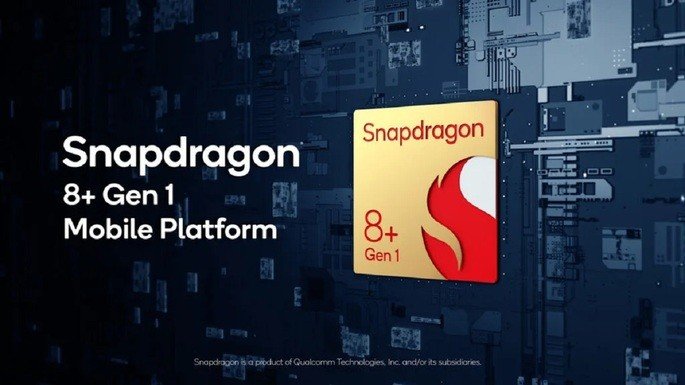 In keeping with tradition, Qualcomm has now introduced an improved version of its most powerful processor. The Snapdragon 8+ Gen 1 implements slight improvements over the base version to give even more power to the top end of the Android universe.

In short, we have better raw performance, better graphics performance, and better AI processing. Best of all, these enhancements will benefit from lower power consumption.

The Snapdragon 8+ Gen 1 keeps its eight processing cores, however, it manages to work at a higher frequency. Strictly speaking, Qualcomm’s new SoC can reach 3.2GHz performance, i.e. a 10% improvement. 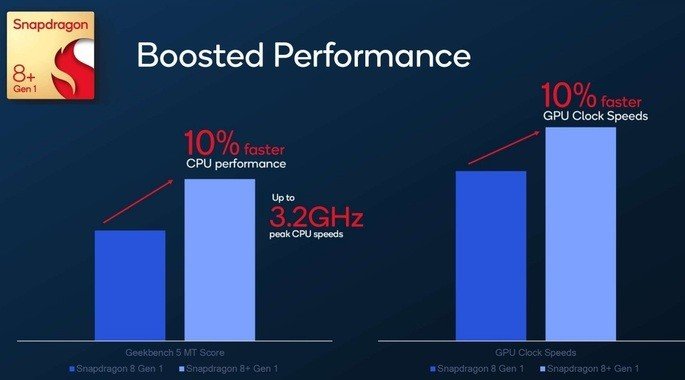 Such numbers are also reflected in its Adreno GPU graphics with great benefits for those who use their smartphone for gaming. In addition, we have an increase in 20% in Artificial Intelligence processes operated on this processor.

On a photographic level, the Snapdragon 8+ Gen 1 does not revolutionize its predecessor. We have the same 8K HDR video recording scrolls, video portrait mode and support for photosensors up to 200 MP.

In other fields, Qualcomm promotes another 8 hours of video playback, an additional hour of social media browsing, or another 17 hours of music playback. However, only with the first smartphones on the market with this processor can we assess the reality of these numbers. 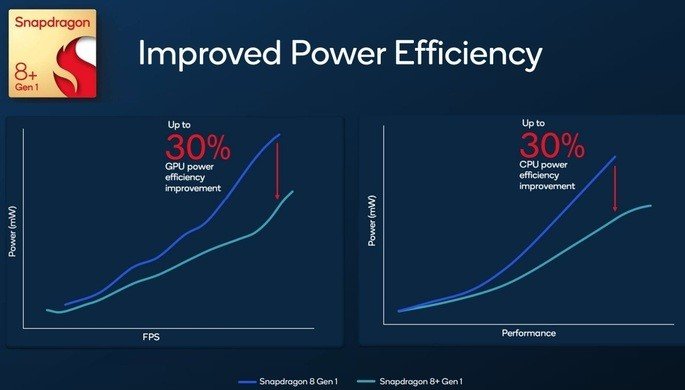 Optimizing brands for their smartphones will also be crucial to replicating these values ​​in everyday use. The foundations were laid by Qualcomm and now it’s up to the brands to know how to take advantage of the power that they will have at hand.

Also note the presence of the module. Snapdragon X65 Supports 5G communications up to 10Gb/s. The protocol will also be supported. Bluetooth 5.3 and for the codec aptX for better audio quality.

Once the official presentation of the Snapdragon 8+ Gen 1 has been made, it is now up to the manufacturers to launch their products equipped with this SoC on the market. These launches are expected to begin in the coming weeks from brands like Xiaomi, Samsung, OnePlus, OPPO, Motorola, and more.