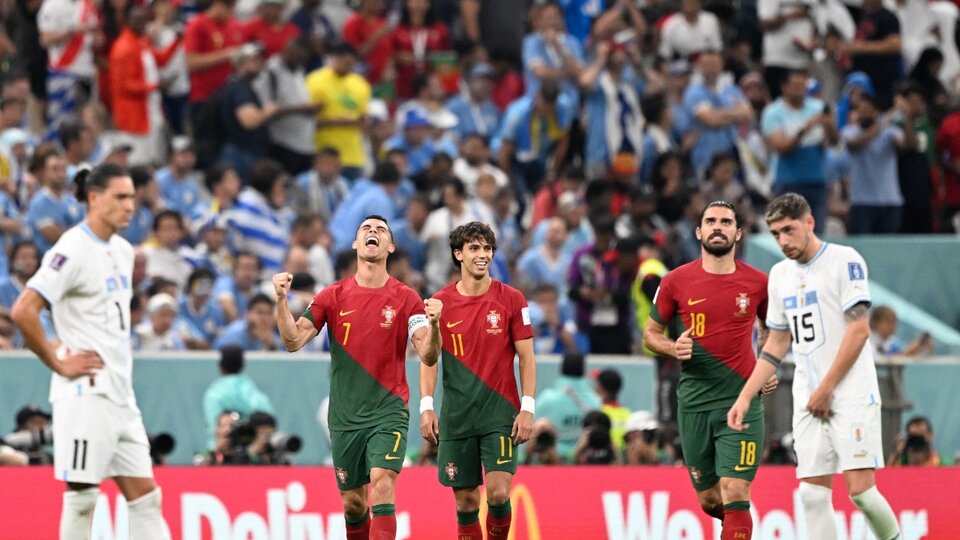 The defeat by 2 to 0 before Portugal left the chances of Uruguay to go to the round of 16 of the World Cup in Qatar. While the Portuguese, with two goals from Bruno Fernandes (the second from a penalty), won their second game in a row and qualified; The Uruguayans, so far without victories or goals in favor, will have to defeat Ghana on Friday and hope that South Korea does not beat the Portuguese to advance to the phase.

Uruguay returned to the game with a speculative idea that they recently modified while at a disadvantage. Portugal handled the ball in the first half with the square formed by William Carvalho, Rubén Neves, Bruno Fernandes and Bernardo Silva in the middle of the field, but could not reach the Uruguayan area.

After a protester invaded the playing field with slogans in favor of the LGBTQ+ community, women’s rights in Iran and peace in Ukraine, 11 minutes into the second stage, Portugal opened the account with a cross from Fernandes from the left that Cristiano Ronaldo wanted to head and ended up hitting the far post. Only then did Uruguay modify its conservative plans. With the changes, the team gained strength and even after 30 minutes, a right hand from Maxi Gomez hit the right post.

Portugal removed Cristiano Ronaldo and fell back to maintain the advantage. At the end, he defined the game: Giménez touched the ball with his hand in the area and Fernandes made it 2-0 from a penalty that installed Portugal in the round of 16 and in parallel, left Uruguay on the brink of elimination.