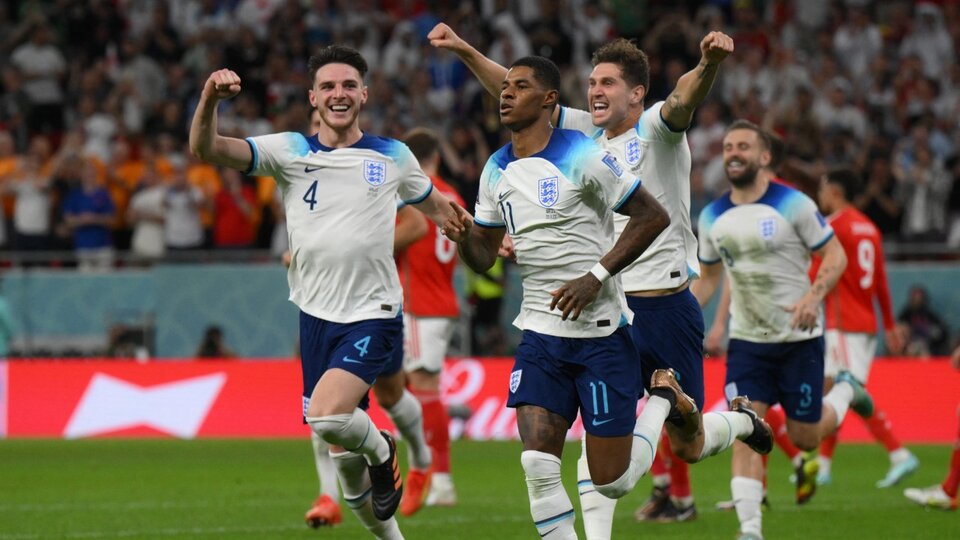 England thrashed Wales 3-0 on Tuesday and qualified first in Group B to the round of 16 of the Qatar 2022 World Cup, where they will face Senegal for a place in the quarterfinals.

The English selected easily prevailed in the second half, with a flurry that began after 5 minutes with a great goal from a free kick from Marcus Rashford and continued after 6 minutes with a goal from Phil Foden.

Later, With the rival already significantly affected by the two blows at the start of the complement, Rashford reappeared to put definitive figures on the scoreboard and seal the victory for his team, which took first place in their area.

After an initial stage in which he monopolized the arrivals but could not overcome the resistance of goalkeeper Danny Ward, England came out determined in the second half and settled the duel without major complications.

The punch of Rashford He led the way and Harry Kane, who has not yet celebrated his goal in the tournament, returned to assist Foden to stretch the difference instantlyso the rest of the match served to increase the advantage and test English footballers who had not had minutes before the round of 16.

With this result, IEngland finished top with seven points after crushing Iran 6-2 and drawing 0-0 with the United Statesand will face Senegal, who finished second in A.

The Another B qualifier is the United States, which beat Iran 1-0 today to end up as escort with five units.so it will face the Netherlands.