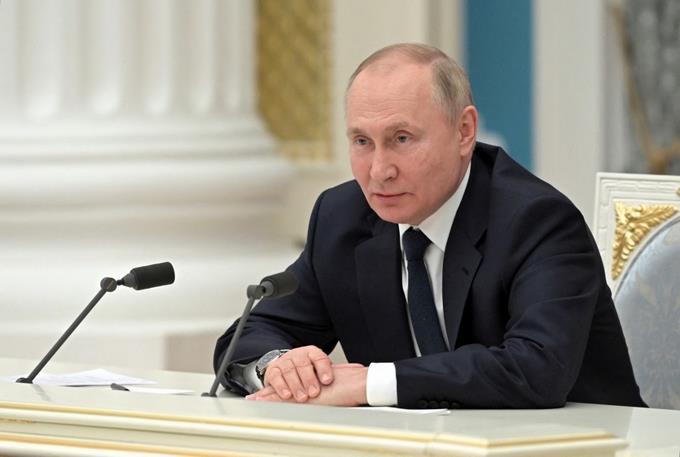 Russian President Vladimir Putin blamed the political and sanctioning pressure of the West on Saturday for the accelerated integration between Russia and Belarus.

"The unprecedented political and sanctioning pressure of the so-called collective West pushes us to accelerate the integration processes"Putin said while addressing the 9th Russian-Belarussian regional forum.

He stressed that "together" it is easier to minimize the damage caused by "illegal sanctions" adopted by the West and expand cooperation with "friendly countries".

Putin, who stressed that both countries have not stopped increasing political and commercial exchanges, recalled that last year Moscow and Minsk took the first step towards integration by approving the creation of a common economic space.

Compliance with the 28 programs agreed upon by both governments will "at full blast" and, in fact, have already been implemented "nearly 40%"he stressed.

"New unifying programs are now being prepared for the next three years starting in 2024"said.

Trade increased by more than a third in 2021 to approach 40 billion dollars and the Russian nuclear corporation, Rosatom, will complete the construction of the first Belarusian nuclear power plant in the Grodno region, which borders Lithuania, in the coming months, he noted.

At the NATO summit in Madrid, the Baltic countries accused the regime of Belarusian Alexandr Lukashenko of being an accomplice in the Russian military campaign in Ukraine.

Both Ukraine and Western intelligence services have denounced that the Russian Army has carried out missile attacks from Belarusian territory.

A week ago, Putin promised his Belarusian colleague the supply of Iskander cruise missiles, which can carry nuclear weapons.

The Ukrainian president, Volodymyr Zelensky, urged the Belarusians to ignore the calls of their leaders, who want "sow hate" between both towns.

The Ukrainian General Staff warned this week that "are expected to continue" missile attacks from Belarusian territory and airspace.

All in all, the Ukrainian Military Intelligence believes that Minsk will limit itself to being an accomplice of the Russian military intervention, but it is "very unlikely" that the Belarusian Army is involved in hostilities.