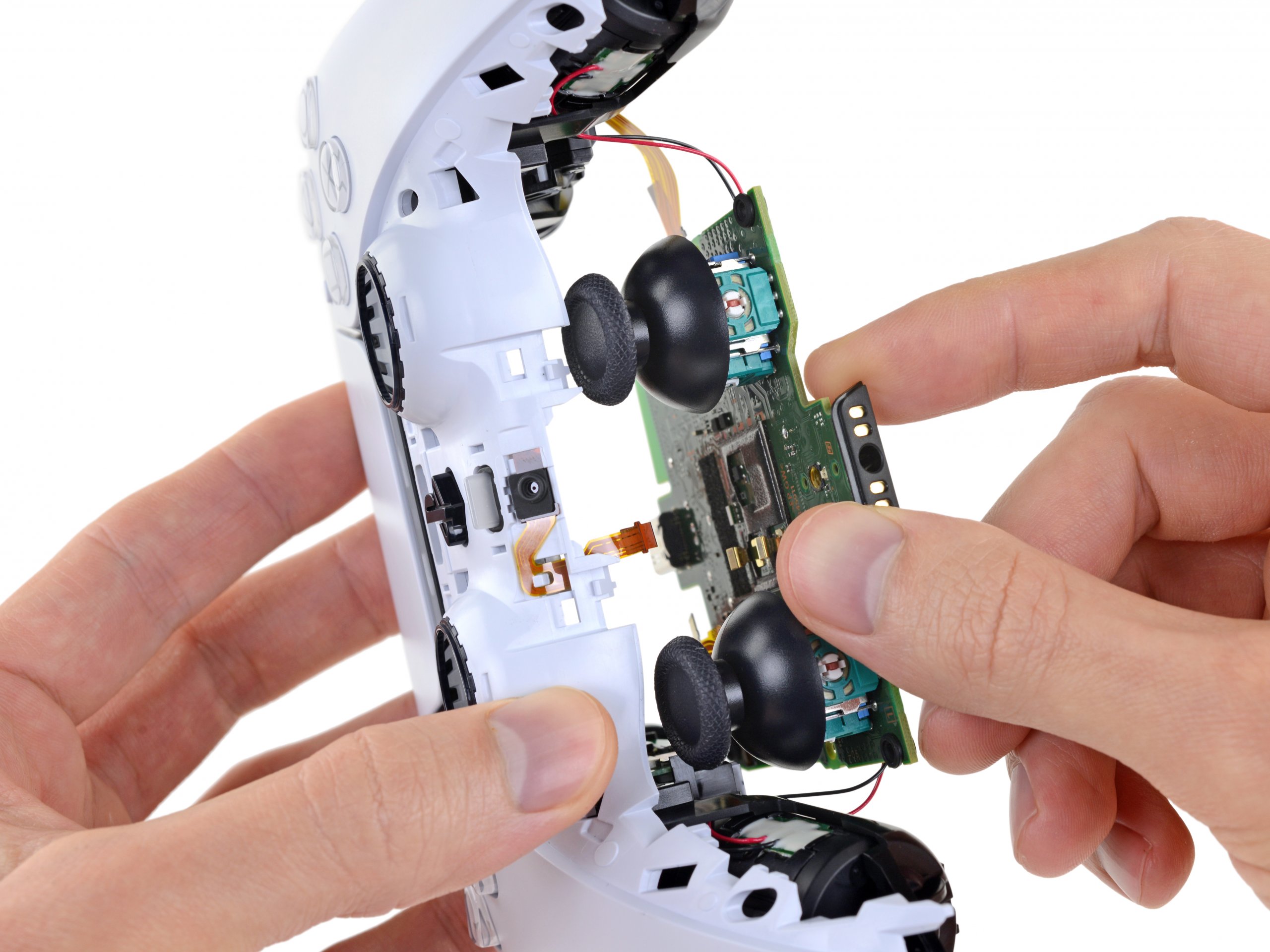 Engineers at the US iFixit website dismantled the PS5’s DualSense controller to understand where the recent drift problem might come from. And they didn’t find anything very encouraging.

After Nintendo’s Joy-Con Drift, the DualSense Drift for Sony. In the past few weeks, players have reported problems with PS5 controllers.

As for Nintendo after its Joy-Con worries that it left alone, Sony could be bracing for a player class action lawsuit.

To understand the source of the problem the DualSense controller, which concentrates much of the innovation of the PlayStation 5, iFixit, a product disassembly and repair specialist, took a look inside the controller. And for your experts, there is no real surprise and everything was predictable.

“Everyone should have seen it coming” Claims iFixit. According to the website, DualSense uses standard computer hardware with “a long history of predictable and preventable problems. Nothing really comforting and it is not the details listed that demonstrate the opposite.

Sony praised its adaptive triggers and tactile feedback to show that its controller is entering a new era of video games. A good idea. But according to iFixit, which reviewed DualSense, the components used are outdated, sometimes very old and far less sophisticated than the joysticks of the late 1990s.

A bad point for the future of video games, but a frequent situation, deplores iFixit. “Sony is not the only company to use standard joystick modules, but, like Microsoft, they made it difficult to repair this consumable component”, he writes, regretting a known life expectancy even listed on the manufacturer’s product sheet. And ask yourself “whether it’s a deliberate calculation of cost savings by console manufacturers to not offer more reliable or replaceable joysticks.”

The general observation is quite terrible for DualSense, a joystick in addition very pleasant and that reinforces the immersion in the game, but that is not exempt from minor concerns.

First concern: The pots. The joysticks are connected directly to the joystick controller board and the potentiometers are used to respond to the direction request. The problem then comes from its wear and tear. Over time, they deteriorate from friction from front to back or from side to side and the command reading becomes incorrect. In addition, there is a problem with the mechanism of keeping the joysticks in a neutral position, which relaxes with use and travel, creating a de-centering that distorts the control and understanding of the “neutral” position.

But the repeated use of the sticks also ends up creating “plastic particles dust”, including debris inside the mechanism giving everything to accelerate in Gran Turismo or frantically chain movements in Call Of Duty. For iFixit, the use of self-lubricating plastics in modern shifters to smooth out actions results in more damaging self-degradation. “Joysticks work in part by sacrificing small amounts of their own material.”

Contamination of our environment is also involved. Joystick potentiometers are sensitive to extreme temperatures, humidity, corrosion and small particles. Many possible drawbacks encountered by everyone.

If you are a victim of DualSense Drift, iFixit advises returning the controller to the manufacturer for repair, to carry out the repair or to a specialist for the more daring, or to buy a new one.