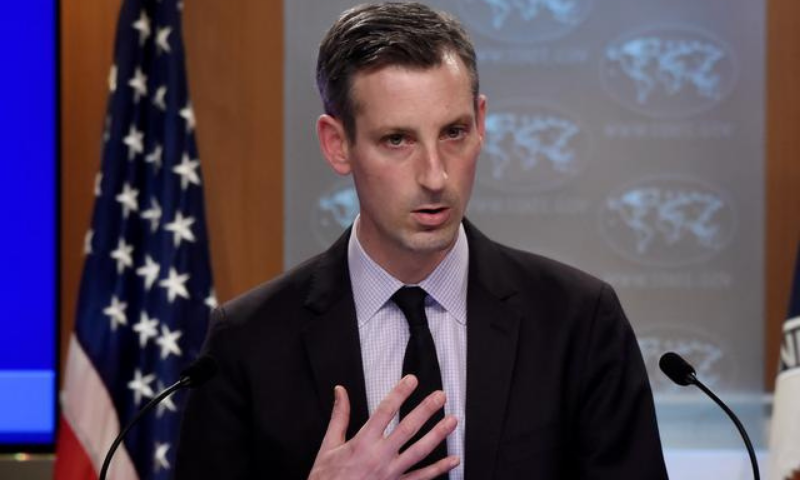 A US State Department spokesman said that the United States values ​​its relations with Pakistan and no propaganda or falsehood can stand in the way of strong ties between the two countries.

During a weekly press briefing by the US State Department on Tuesday, May 10, US Secretary of State Anthony Blinken was quoted as saying that the US Secretary of State had telephoned his Pakistani counterpart Bilawal Bhutto Zardari last week. The two leaders had a detailed and important discussion on advancing bilateral relations.

Ned Price said the two leaders discussed cooperation in a number of areas, including Afghanistan, terrorism, trade, the environment, energy, health and education.

The journalist also asked the US spokesman about the visit and meeting of the Chief of Inter-Services Intelligence (ISI) in the US, to which he apologized and said that the Pakistani authorities could tell you better about it. ۔ He did not have any details about the meeting with the US Secretary of State.

.StateDeptSpox on Afghanistan: The Taliban’s policies towards women are an affront to human rights, and they will continue to impair the Taliban’s relations with the international community, including with the United States. pic.twitter.com/RSMoL387XT

Asked about the steps taken by the ruling Taliban government in Afghanistan against women, Ned Price said that the Taliban’s policies towards women are a violation of human rights, which has damaged the Taliban’s relations with the international community, including the United States. Are doing

Mountaineers victims of a serac fall in Switzerland

The Ukrainian president once again addressed the international community

For the Taliban, nothing to worry about for women