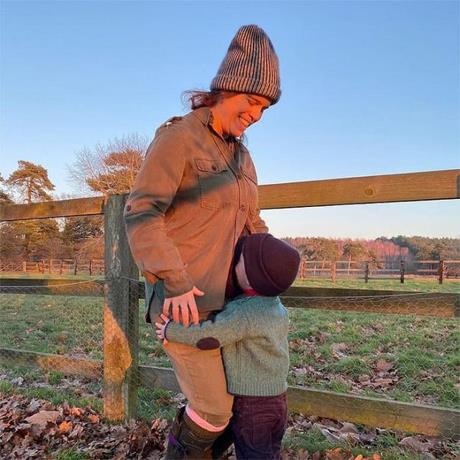 "We are very excited to share that this summer there will be a new member in our family.". With this brief message and a beautiful image of her son August tenderly kissing her incipient tummy, Princess Eugenie of York, The youngest daughter of Prince Andrew and Sarah Ferguson, has announced that she is expecting her second child with Jack Brooksbank.

A publication with which she has confirmed her pregnancy after all the alarms went off during the Christmas carol concert organized by the Princess of Wales at Westminster Abbey in mid-December, when Eugenia could not hide her maternity silhouette with a houndstooth coat in earth tones.

However, it was not until this Tuesday, probably coinciding with the beginning of the second trimester of pregnancy – since, as revealed, she will give birth in the summer – when the niece of King Carlos III announced the happy news, which is a joy for the British Royal Family at a particularly troubled time due to the publication of Prince Harry’s memoirs.

Married to businessman Jack Brooksbank since October 2018, Princess Eugenie is the mother of a boy, August, who will be two years old in February. As is traditional in the Windsors, The couple has not revealed the sex of what will be their second child and it probably won’t be until birth when we find out if it’s a boy or a girl.