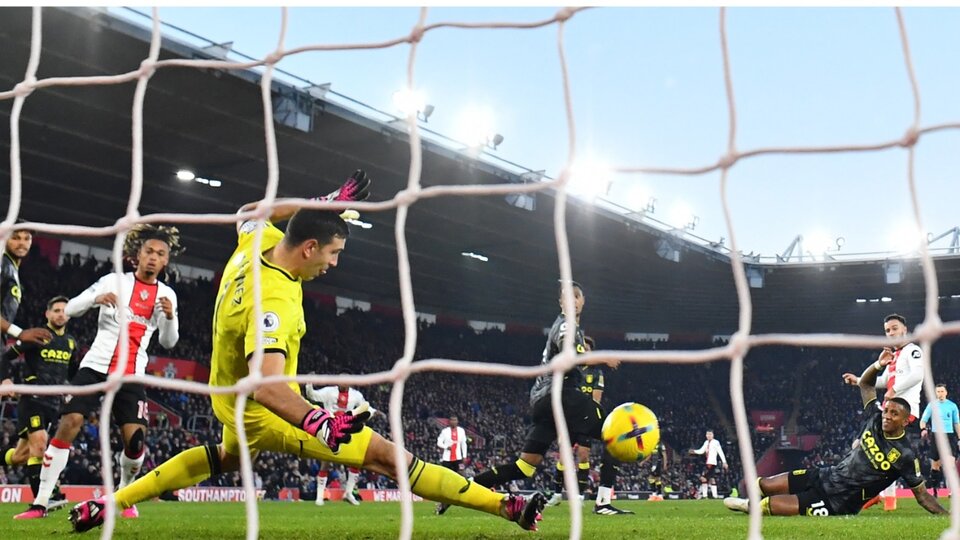 With a bit of Ollie Watkins, Emiliano “Dibu” Martínez’s Aston Villa achieved an important 1-0 victory as a visitor against Southamptonin the continuity of the date 21 of the Premier League.

The match was interrupted for 10 minutes due to the appearance of a drone on the court who approached the players. The protagonists had to retire to the changing rooms for their safety in the face of the potential threat.

In addition to “Dibu”, which had a great performance this Saturday and it was the captain of his team, the another argentinian on court from Aston Villa It was Emiliano Buendía.

Previously, Liverpool and Chelsea drew goalless in a game with few emotions that was played at Anfield Road.

Equality kept them with the same score, 29 units, 18 away from the pointer Arsenal, which this Sunday at 1:30 p.m. (TV: ESPN) will host Manchester United.

Both are in the Champions League round of 16: Liverpool will face none other than current champion Real Madrid, while Chelsea will face Borussia Dortmund.

The most remarkable fact of the party was that the German manager of Liverpool, Jürgen Klopp, led his 1,000th matchadded 270 in Mainz, 319 in Borussia Dortmund and 411 in the Reds.

at three minutes the most attractive moment of the meeting took place when the German Kai Havertz made it 1-0 for Chelsea, but the referee Michael Oliver, by indication of the VAR, annulled the play for offside. Then everything was monotonous and without nuances.

Only the entry of Chelsea’s new figure, the Ukrainian Mykhailo Mudryk22 years old, for which the London club paid 100 million euros.

date will follow this Sunday with two other encounters at 11.30: Leeds United-Brentford (ESPN) and Manchester City-Wolverhampton. Monday they will play Fulham v Tottenham.