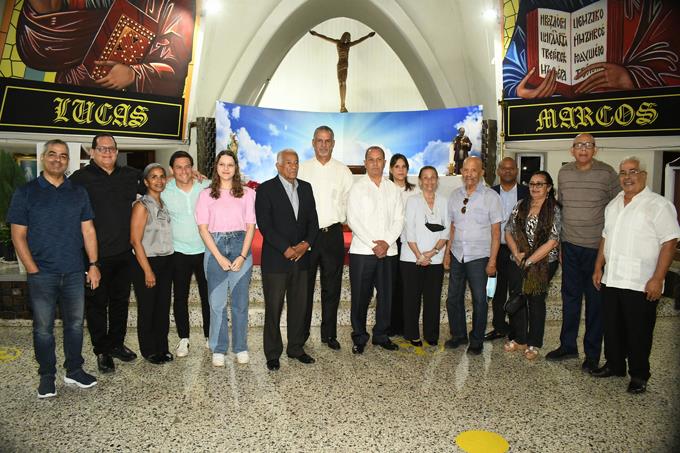 Twelve years after his departure, Roque Napoleón – Polón – Muñoz is remembered as an example of a healthy mind in a healthy body for being considered a man consecrated to God and to sport.

Father José Miguel Genao, who officiated the mass in memory of Polón Muñoz, highlighted the qualities as a person that characterized the late former president of the Dominican Olympic Committee (COD) and member of the International Olympic Committee (IOC), who died on January 15, 2011.

“Polón was always a humble person who remained close to the church despite his commitments in the sports movement,” said Father Genao, during the mass celebrated in the Claret parish convened by the COD and the family of the late Polón Muñoz.

The priest, who encouraged combining sports and spirituality, considered that Polón Muñoz will live in the hearts of those who knew him because he had a fruitful life both spiritually and in sports.

“Polón left traces in the people who knew him, because he taught us the love of sport and that through it we could help others,” added the parish priest in the presence of Muñoz’s relatives, friends and sports leaders.

The president of the COD, engineer Garibaldy Bautista, said he was pleased to honor the memory of the late sports leader.

“We hope that the image of Polon can be channeled into the unity of the Olympic movement,” said Bautista.

Polón Muñoz was a long-standing leader who was also a member of the executive committee of the Pan American Sports Organization today Panam Sports, he was a great promoter of the Olympic philosophy and especially the cultural part.

Peace of mind on the first day

The transfer that Zidane demands from PSG to sign next season