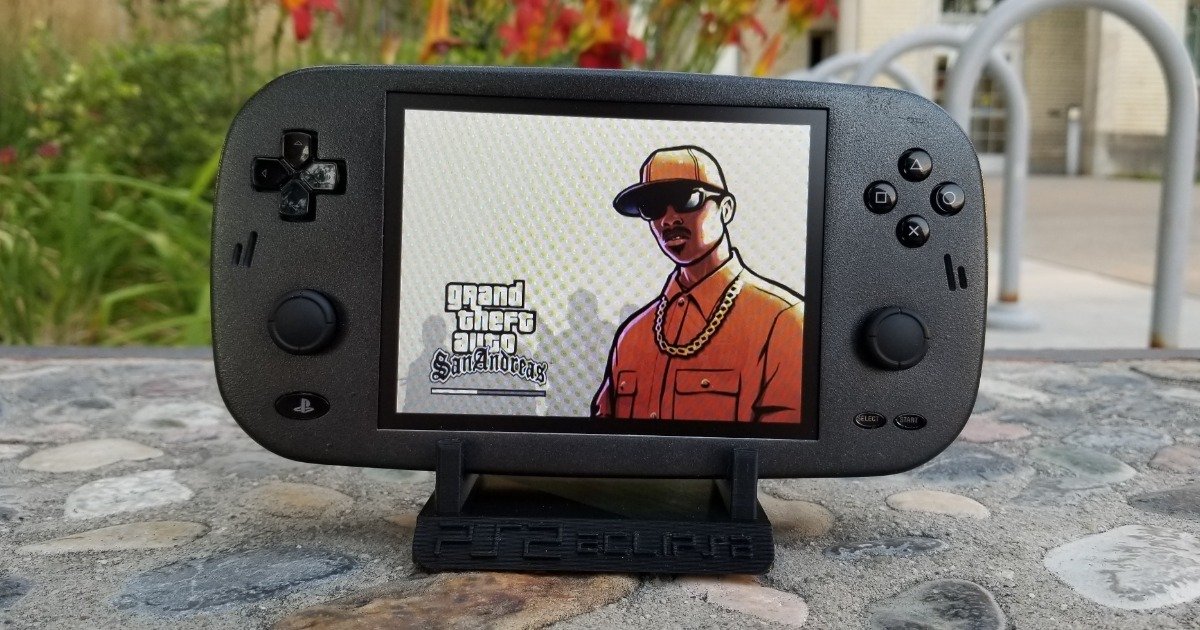 Playing titles from the legendary PlayStation 2 is possible thanks to the latest Sony console versions, or even the successful mobile versions. What if you could have a full experience of this console today on a portable basis?

Youtuber GingerOfOz wanted to take this literally and created what he called the PS2 Eclipse. For this, it was necessary to reduce the size of the console’s motherboard, and place it in a structure developed on a 3D printer.

The buttons used are from a PlayStation Vita and the joystick from a Nintendo Switch. The chosen panel is 5 ”inches with 480p resolution, more than enough for the console requirements.

As The Verge says, the great quality of this modification is that it is not an emulator, and uses original PS2 hardware. That way, all games released for the console are compatible.

As you can see in the video, loading certain games can take a while. And although some may “hang up”, the experience seems quite positive. In addition, the autonomy of 2 hours and a half is not bad for something unprofessional.

The worst part associated with this modification is that we will not be able to buy it. Youtuber GingerOfOz says he has no plans to sell this altered version of the console, although he did so with an older version of the Wii in GameBoy format, which you can check out below.