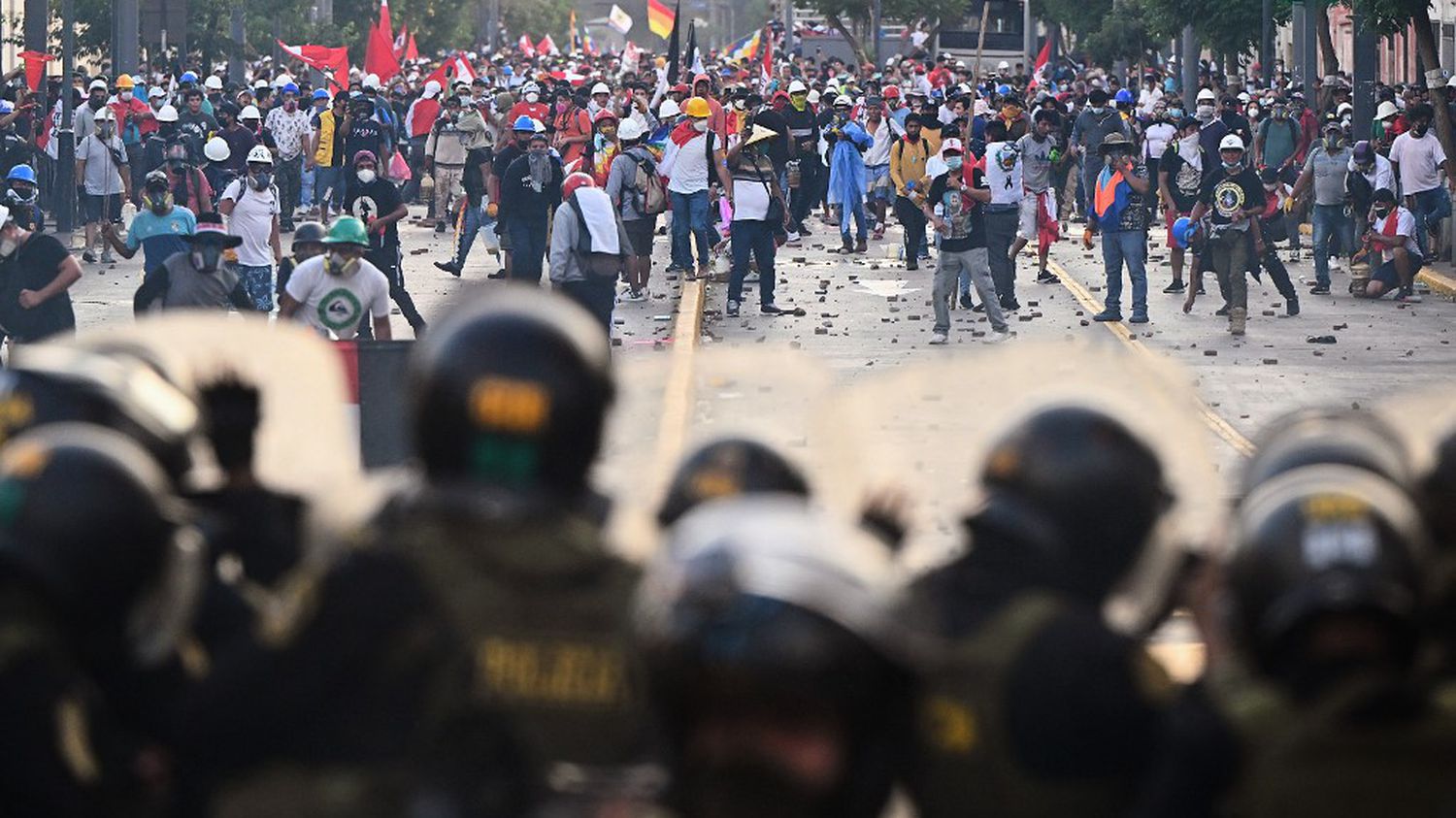 Peru lives, Wednesday 25 January, a new national day of protest against the country’s president, Dina Boluarte, in the aftermath of violent clashes in Lima. On Tuesday, several thousand protesters from the Andean regions, many in traditional dress, marched through the center of the capital, carrying Peruvian flags and shouting “Dina Murders”in reference to the 46 people killed since the start of the protest in December 2022.

Significant clashes took place in the late afternoon and evening between demonstrators. Some, equipped with iron shields, threw stones. Large numbers of police charged with tear gas, according to AFP journalists, who witnessed the arrests. Several people were injured by projectiles or hit by gas during the most violent day of demonstrations in Lima since the beginning of the unrest.

The president calls for a “truce”

For her part, President Dina Boluarte once again tried to defuse tensions and called for “restore dialogue”, “set an agenda for each region” and “develop” the country. “I have no intention of staying in power”she promised, ensuring that she wanted to respect the Constitution and withdraw in the elections brought forward to 2024. The Peruvian President also asked “sorry for the dead” and called to a “national truce”. An intervention without effect on the demonstrators.