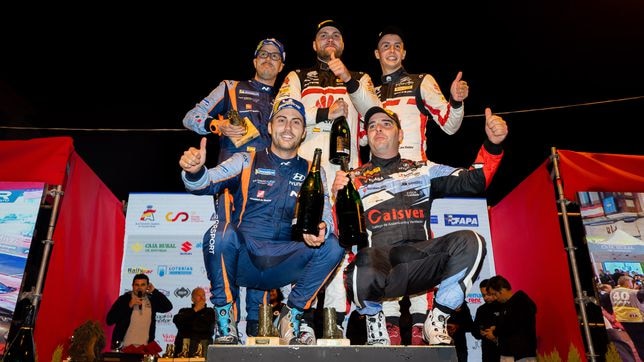 New Spanish sap arrives at the World Rally Championship. Pepe López and Alejandro Cachón finalize their assault on the international scene. The man from Madrid, after achieving his fifth title of champion of Spain. The Asturian, after surprising in his first year at the wheel of a top-level vehicle.

López already had practically closed a program in the World Cup this year with Hyundai. But the dismissal of the then sports director of the Korean firm, Andrea Adamo, ended his illusions. He resigned himself and returned to the Spanish Championship, where he has been crowned champion for the fifth time in his career. He now resumes the project from a year ago with that added merit, and practically He has closed to run in the WRC2 category with an i20 like the one that has given him the national title this season.

Cachón, for his part, is also one step away from confirming his World Cup program. The determined support of Daniel Alonso and his MMR bicycle brand only He needs another ‘push’ from Citroën for the Spaniard to take off internationally. It has already served as car 0 in the Rally of Portugal, and has competed in the Ypres Rally and the Rally of Spain, in addition to having fought until the end for the national title after winning two events, Princesa de Asturias and Llanes.

In both cases, only fringes remain for the respective programs to be confirmed, and it will be great news to see them both in the World Cup. Especially when the end of the career of our standard bearer, Dani Sordo, looms close. A relief is needed, to which The new European champion, Efrén Llarena, could join if he finds the necessary support to make the leap.