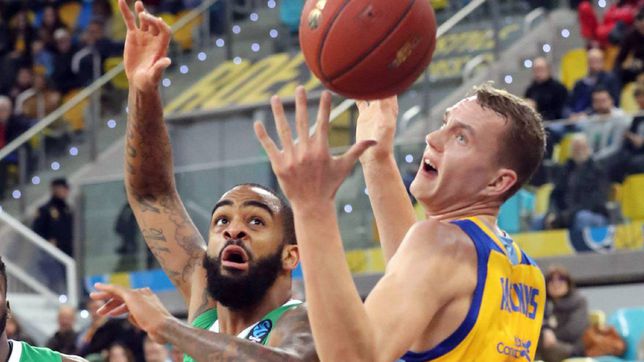 Victor Wembanyama’s adventure at Metropolitans 92 while he waits for the call from the NBA (he is the top favorite to be chosen in the 2023 Draft as number one) has a new companion. The team is responding, but one of the inside players has been seriously injured and the managers have reacted by signing another level. Ibrahima Faye Fall will not be there for the remainder of the season and his position will be occupied by Anzejs Pasecniks. Wemby, therefore, will be able to have a player who already has experience in the NBA at his side to absorb knowledge and test himself.

Pasecniks, Latvian center of 2.16 metersI was without a team until now.

The addition of Pasecniks is a touchstone for Wembanyama. With him he will share paint in the Collet team, which leads the French league with an 8-1 balance (on par with Cholet, above Monaco, Dijon, Bourg or ASVEL). Anzejs has experience in teams like Gran Canaria or Real Betis and was in the NBA with the Wizards.

Wembanyama, chosen in the French All-Star

The LNB has announced two of the players who will be in the All-Star of this season. One of them is, not surprisingly, Victor Wembanyama. The other is Mike James, who has a game with Monaco that same day (December 29). The French unicorn, who has also excelled with his team, averages 23.2 points and 9.6 rebounds in Pro A.