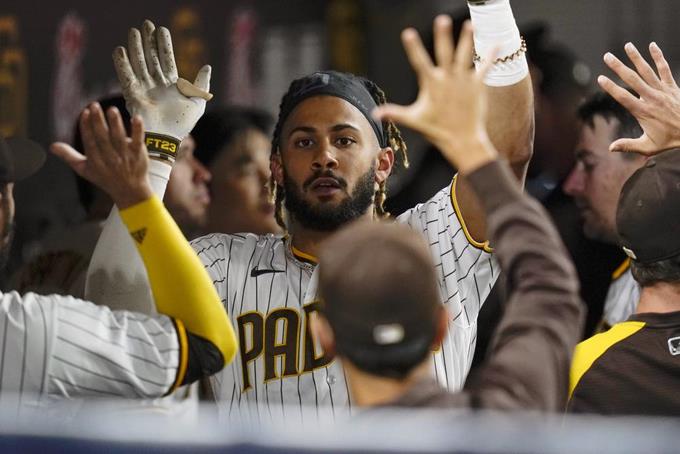 The Dominican had a follow-up session Monday in Arizona with Dr. Donald Sheridan, who operated on his fractured wrist in mid-March.

The MRI “continues to show recovery,” but not enough for the doctor to “give the green light,” Preller said.

The shortstop, who was signed for $340 million and 14 years before the 2021 season, has been involved in various activities, including catching balls off the ground, throwing and running. Hitting will be the last step for his return.

“The full yes, to start hitting, to play rehab games, it’s going to be a week-to-week decision from now on,” Preller added.

Tatis, 23, was reportedly injured in a motorcycle accident before the season in his native Dominican Republic. Although social media posts at the time showed Tatis with a bandaged hand, the extent of the injury was not known until he reported to spring training.

The Padres are virtually tied with their rival Los Angeles Dodgers for atop the NL West even without Tatis, who brings confidence at the plate and on the field.

Slugger Manny Machado is off to an MVP contender’s start to the season, and the Padres have a strong rotation led by Joe Musgrove, who leads the majors with a 1.50 ERA. Kim Ha-seong, who signed with the Padres before last season from South Korea’s KBO League, has lightened the shortstop load.

Tatis finished third in NL MVP voting last season with a .282 batting average, 42 home runs, 77 RBIs and 25 stolen bases in 130 games. He sat out for a while with left shoulder problems, which led the Padres to put him in the outfield as a precaution for some games.

Preller assured that Tatis Jr. maintains his “good spirits” although he is desperate to return to the field.

“He understands that this is about what’s best in the long run,” added the general manager.