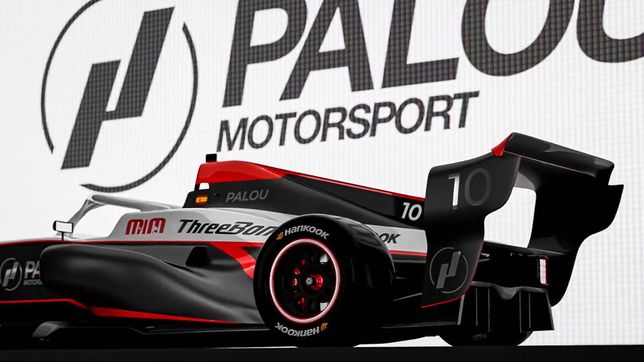 “We had a little surprise prepared!” he wrote. Alex Palou on their social networks. This time, it was news that had nothing to do with his work as a driver with Chip Ganassi in IndyCar or with McLaren in F1, but with his passion, single-seater racing. And it is that in this 2023, the Catalan, in addition to getting behind a wheel, He will debut facet as team owner. Together with his father Ramón (which will be the main team) have created Palou Motorsport with which they will compete in the Eurocup-3, an F4 championship that opens this year.

As a consolidated driver in the elite of motorsport, Palou’s objective with his immersion in this new single-seater competition with his own training is “provide an opportunity for young people to compete.” Thus, they are “very excited about this new challenge” that they present in partnership with a virtual image of the design that the car (black and white with red touches) will wear from a team that has the support of Monaco Increase Management, the representation agency who has supported Álex throughout his career.

This is the Eurocup-3

The new single-seater championship will accompany the Spanish F4, it has an eight-race schedule with four on Spanish soil (Aragón, Jerez, Cheste and Montmeló) and four in Europe (Spa, Monza, Zandvoort and Estoril), two per weekend, common budget for all teams and a standard car: a Tatuus F3-T318 with an Alfa Romeo engine (270 hp) and a chassis that imitates the shapes of the new F1 cars. Beginning in May in Spa and ending in November in Barcelona, ​​it will be another way to create a youth squad and Palou is committed to it.