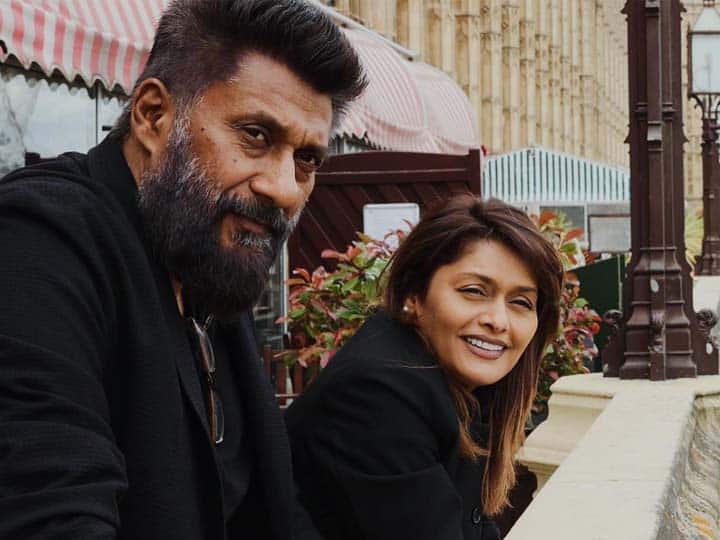 Filmmaker Vivek Agnihotri has broken his silence about the incident with his wife Pallavi Joshi during the filming of ‘The Vaccine War’. Vivek posted a photo of Pallavi Joshi on his Twitter account and gave him an update on her health. In the picture, Pallavi Joshi is smiling while sitting on the chair.

Vivek Agnihotri posted a photo of his wife Joshi on Twitter and wrote: ‘On behalf of Pallavi Joshi, I would like to thank all his supporters and fans for their concern. During the shooting, a car ran over her leg. It will take a long time for the bone to heal. Today she was on set limping to give her a chance. The show must go on’. Users are reacting to this post by Vivek and wishing for Pallavi Joshi’s recovery.

to name #PallaviJoshi, I would like to thank all his supporters and fans for their concern. As she was shooting, a car ran over her foot. Her bone will take her long course to heal, but she limped back to sets today to give her injection. The show must go on. pic.twitter.com/tFGRHm0uu0

Earlier, Vivek Agnihotri’s team had confirmed that Pallavi Joshi was injured on set. This incident occurred during the filming of ‘The Vaccine War’ in Hyderabad. An out of control car hit him, resulting in him being injured. Pallavi Joshi is reportedly continuously shooting the movie even after the incident.

Tell them that Vivek Agnihotri started filming for ‘The Vaccine War’ some time ago. In November last year, Vivek announced this movie, along with her he also shared the movie poster. ‘Vaccine War’ will hit theaters on 15th August 2023. Apart from Hindi, the makers have planned to release it in 11 languages ​​like English, Gujarati, Punjabi, Bhojpuri, Bengali, Marathi, Tamil, Telugu, Kannada, Urdu. and assamese. Stars like Anupam Kher, Saptami Gowda and Nana Patekar will be seen in this film.