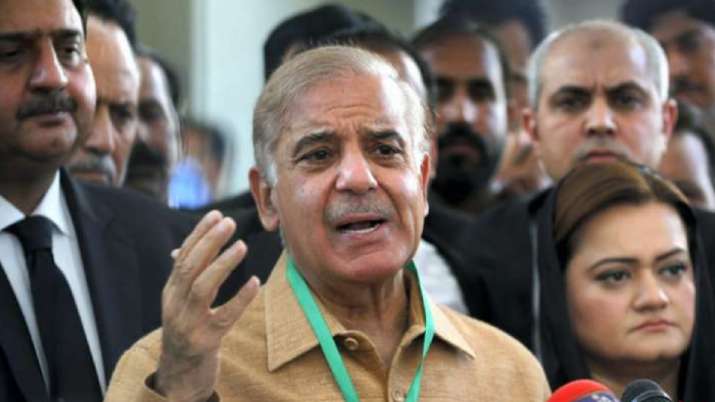 Pakistan News: Pakistan will get new army chief in November, Shahbaz will appoint, know why Imran will get a setback?

Pakistan News: The situation in Pakistan is dire. There people are already troubled by the diseases of flood and dengue. At the same time, political turmoil is also destabilizing the country. There is a government to say in Pakistan, but the country has always been dominated by the army. No matter who is the army chief. This tradition is very old. General Bajwa also made and brought down the government on his own terms. Meanwhile, there is news that Pakistan is going to get a new army chief in November. In this regard, Defense Minister Khawaja Muhammad Asif said that Prime Minister Shahbaz Sharif will appoint a new army chief in November. After this, there is also a program for Shahbaz Sharif’s visit to China. The current Chief of Army Staff of Pakistan, General Qamar Javed Bajwa, will retire in November this year. In such a situation, politics is at its peak in Pakistan regarding the appointment of the new army chief. Imran Khan had claimed that Shahbaz Sharif and Asif Ali Zardari want to appoint someone special as the army chief. In such a situation, the appointment of a new army chief should be left to the government to come after the elections.

New Pakistan Army Chief to be appointed in November itself

According to media reports of Pakistan, the Defense Minister, while addressing a press conference, said that there will be no delay in the appointment of the Army Chief, it will be done within the stipulated time frame. Defense Minister has targeted former PM Imran Khan. He also reprimanded former Prime Minister Imran Khan for making the appointment of the army chief controversial and trying to harm Pakistan’s interests. Khawaja Asif also said that Shahbaz Sharif will visit China in the first week of November at the invitation of Chinese President Xi Jinping. He said Xi Jinping had invited Shahbaz Sharif during a meeting in Samarkand, Uzbekistan on the sidelines of the SCO meeting.

Khawaja Asif also said that Russia has shown willingness to export wheat and gas to Pakistan. In such a situation, it is believed that the Shahbaz Sharif government, like Imran Khan, is also contemplating to increase closeness with Russia. In fact, in the same year, Imran Khan had alleged that the US had removed him from the chair of the Prime Minister of Pakistan due to his visit to Russia, but the US had rejected these claims outright. In such a situation, it was estimated that the new government of Pakistan would be pro-US and would keep distance with Russia.

Being the Chief of Army Staff of Pakistan is a big deal in itself. In such a situation, Lieutenant General Sahir Shamshad Mirza, Azhar Abbas, Nauman Mahmood Raja and Faiz Hameed are leading the race for the new army chief of Pakistan. At the same time, Imran Khan claims that the Shahbaz Sharif government wants to make a lieutenant general close to him as the new army chief. Imran Khan is believed to have targeted Lt Gen Asim Munir and Zardari’s military secretary Lt Gen Mohammad Amer. It was Asim Munir who told that Malik Riaz had given the diamonds gifted to Bushra Bibi. Since then, Imran Khan describes these two officers as his enemies and close to Zardari.