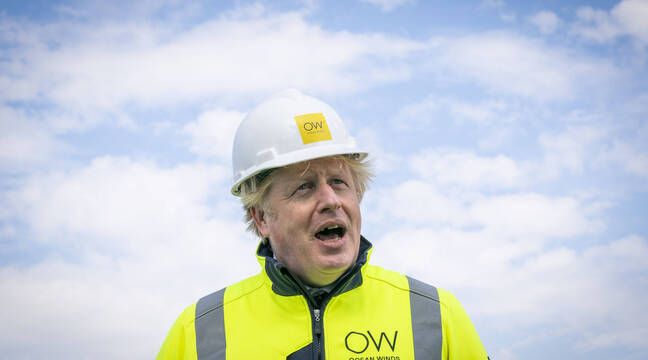 Accustomed to the controversies he has accumulated since the start of the pandemic, Boris Johnson has just added a new one to his list. Visiting a wind farm in Scotland on Thursday, the British prime minister said that “thanks to Margaret Thatcher, who has closed a large number of coal mines across the country, we started early and now we are moving coal quickly.” But by wanting to praise the country’s leadership in its ecological transition and its progress in this area, the head of government provoked a round of outraged reactions.

Coal mines were once the UK’s most important industrial sector. They are intimately linked to the economic and social history of the country when, in the 1980s, they became the symbol of opposition to the ultra-liberalism of Margaret Thatcher, then Prime Minister. The closure of mines has led to severe strikes and violence. Today, many old mining sites are still affected, with a high unemployment rate.

Boris Johnson’s words have been described as “shameful” by Labor opposition leader Keir Starmer: “By stopping joking about the devastating repercussions (of the closures), it shows how disconnected he is from the workers.” Labor demanded an apology from the leader.

Scottish Prime Ministers Nicola Sturgeon and Wales Mark Drakeford also denounced “rude and insensitive” statements. “Whole lives and communities in Scotland were razed by Thatcher’s destruction of the coal industry (which had nothing to do with concerns about the planet),” said Nicola Sturgeon.

The last coal mines closed in 2015 in the UK, with the exception of small sites. Boris Johnson’s remarks were all the more talked about as his party, with a pro-Brexit program and promises of economic rebalancing, made spectacular strides in the last legislative elections in the deindustrialized regions of the North of England, traditionally acquired in Labor.