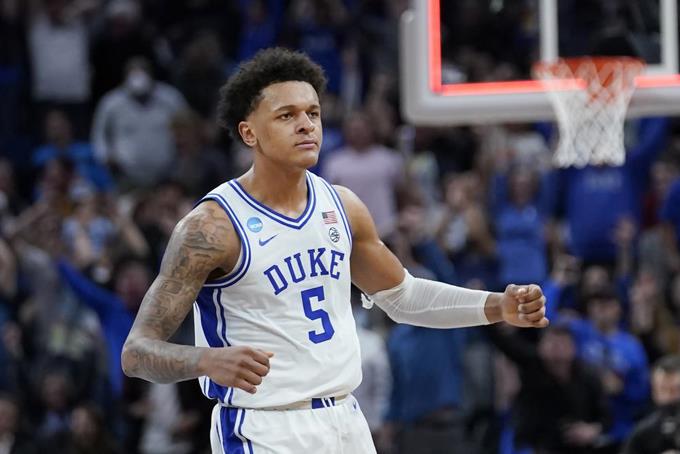 Paolo Banchero thinks he could be the first pick. Jabari Smith Jr. is sure he won’t leave after the second inning. Chet Holmgren would be happy with anyone.

First-year players are considered the top three available for the NBA draft. In what order they are chosen remains to be seen.

The Orlando Magic will determine who will be drafted first on Thursday. Immediately afterwards they will have the right to choose the Oklahoma City Thunder and the Houston Rockets.

Smith, who led Auburn to an unprecedented No. 1 ranking, says he has a slight edge but is impressed by the other two candidates.

“I think I’m perfect, just because of my ability to hit both ends of the floor and my ability to shoot and turn things around at a young age,” Smith said. “That’s why I think I’m No. 1. Those guys were amazing to watch all season, how selfless they are and what they contributed to their teams.”

Assuming that everyone is chosen in the first three places, the mystery will begin in the following selections.

The Sacramento Kings have the fourth, from which came last season’s Rookie of the Year, Toronto forward Scottie Barnes. They could have players like Purdue guard Jaden Ivey or Iowa forward Keegan Murray. It’s unclear what path the Kings will take — or even if they’ll draft or trade their spot.

Regardless of what the Kings do, the Magic will have the top pick for the fourth time. He has done well with tall men, having picked Shaquille O’Neal and Dwight Howard first. If they decide to repeat that path, Smith or Holmgren could be the chosen ones.

This year’s draft will feature 58 picks and not the usual 60. The Milwaukee Bucks and Miami Heat lost their second-round picks for engaging in free-agent talks early.

Kentucky had six players drafted in 2012 and 2015, the most by a school since 1989. Mike Krzyzewski, who recently retired as coach at Duke, believes the roster he parted with could have five draft picks in just the first round. Banchero would be joined by Mark Williams, AJ Griffin, Wendell Moore and Trevor Keels.

Australian Dyson Daniels and Canadian Bennedict Mathurin, who played with Arizona, could become the second and third NBA Academy graduates to be selected. Australian Josh Giddey was sixth last season for the Thunder and was selected to the rookie second team.