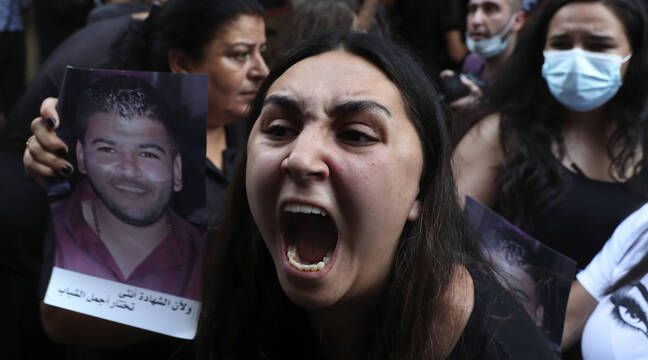 On August 4, 2020, one of the most powerful explosion in history took place in the port of Beirut. Hundreds of tons of ammonium nitrate, discharged six years before from a ship and left in a harbor hangar, exploded. 214 people lost their lives and more than 6,500 were injured. Lebanese Prime Minister Hassan Diab had promised the Lebanese that “those responsible for this disaster will be held accountable. “

A year later, the inhabitants are still waiting. Numerous national media have shown that the authorities were aware of the presence of saltpeter in the port. But the Lebanese investigation is stalling. The investigating judge in charge of the case, Tarek Bitar, has asked Parliament to lift the immunity of three deputies who have held ministerial positions to sue for “potential intent to kill” and “negligence and misconduct.” Parliament asked for additional “evidence” before lifting the immunity, which the judge rejected.

The Lebanese have demonstrated on numerous occasions, at the appeal of the families of the victims of the explosion, to demand justice and truth. They accuse political leaders of interference in the local investigation.

In its report, the NGO Human Rights Watch (HRW) documented the multiple failures of political and security authorities in managing this stock of hazardous materials, from its arrival at the port in 2013 until its explosion. Dozens of government officials, customs and security officials who were aware of the dangers are identified, according to the NGO.