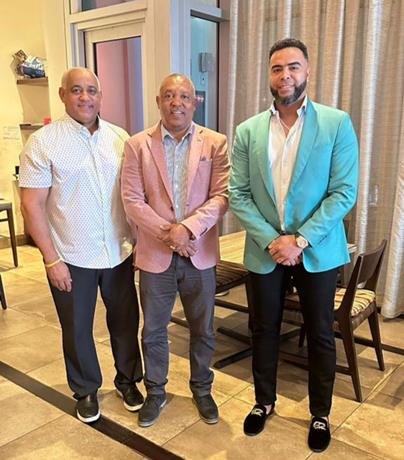 The renowned baseball executive, Omar Minaya, will be a special advisor to Nelson Cruz, general manager of the Dominican Republic team that will participate in the fifth version of the World Baseball Classic, a contest scheduled to take place from March 9 to 21 of next year.

The information was offered by Cruz himself during a work meeting on Tuesday in which a large part of the actors who work in the formation of the Quisqueyan team participated.

“We had a pleasant meeting with Omar Minaya and everything was very positive, we talked about various aspects related to the World Baseball Classic, such as what things we must improve for the future of Dominican baseball,” said Cruz, who was at the meeting along with Juan Núñez Nepomuceno, president of the Dominican Baseball Federation, an entity that is responsible for everything related to the formation of the team.

“We must take advantage of this great ability that he possesses, as well as the knowledge that he has acquired in his long and rich career in baseball, in which he has been a manager for several years, in addition to his beneficial work as an adviser to Major League Baseball and with the Major League Baseball Players Association,” Cruz said.

He recalled that Minaya has always been a baseball lover, a figure who for years has commanded great respect among executives and players of the teams to which he has belonged. “For us he is very honored that he has accepted our proposal,” he added.

He also informed that the plans to execute with Minaya go beyond the World Classic, since it will help young people to become better baseball players, but also exemplary citizens for society.

“He will advise us on all orders, including when the Baseball Federation holds its minor events each year, he will be there to guide us in the aspects that he considers rigorous,” he said.

Minaya was during the 80s an executive of the Texas Rangers and who contributed to the firms of Sammy Sosa, Ivan Rodríguez, Juan González among others, he was also from 2002 to 2004 general manager of the Montreal Expos, the first Hispanic to assume that position and then in 2004 he returned to the same position with the New York Mets.