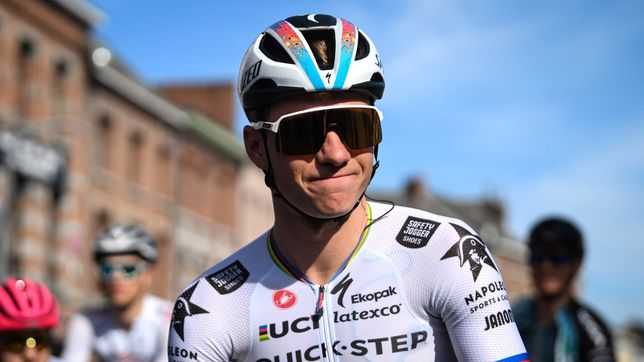 Remco Evenepoel will return to the Giro d’Italia. What was an open secret has been confirmed this Wednesday after the Quick-Step Alpha Vinyl and the runner himself have published a video on their social networks in which the cyclist confirms his presence in the Italian round and in which he will take the start in the Fossacesia Marina time trial on May 6.

In a video recorded in the Italian town of Amalfi, Evenepoel has announced this news that was expected during the team’s presentation on January 6. “Hello everyone. I recognize that it is time to give you an answer. I will be racing the Giro in 2023. I am really looking forward to racing there. It will be very special to wear the rainbow sweater. I am doing several recognitions in Italy together with Davide Bramati. I hope to see you all very soon in Italy and that you cheer on the team and me”.

In this way, the champion of La Vuelta 2022 and current world champion will return to a Giro d’Italia in which he already competed in the 2021 edition. putting in a great performance for the first two weeks before choking up the mountain on the way to Cortina d’Ampezzo and subsequently being forced to retire due to falls. It will be the first time that a rainbow jersey has visited the Giro d’Italia since Mark Cavendish did so in the 2012 edition.

with your confirmation Evenepoel is postulated as one of the great favorites for victory in the general of a Giro d’Italia that will have a total of 70 kilometers against the clock in which he hopes to get enough advantage over his rivals in days such as the final time trial climb to Monte Lussariin search of a pink jersey with which Evenepoel wants to get rid of the thorn of the 2021 edition.