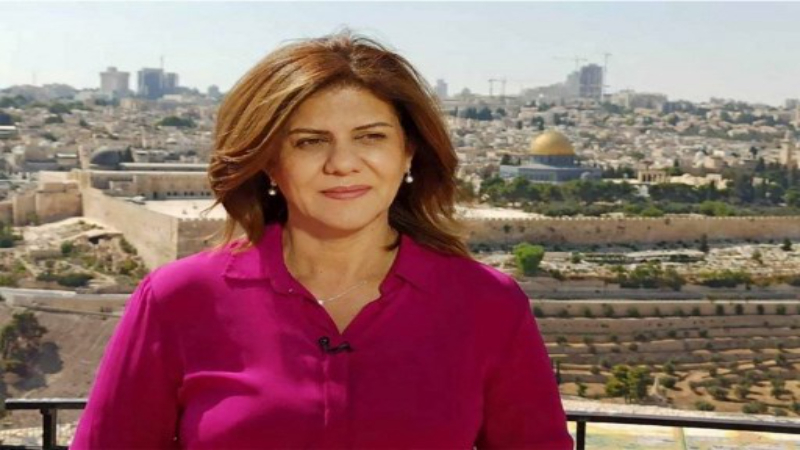 Shirin Abu Aklih, a female journalist who was martyred by the Israeli army in Palestine yesterday, is being buried with state honors.

Shirin Abu Aklih was shot dead by Israeli troops the previous day, following which there is widespread mourning in the West Bank and occupied Gaza Strip.

The body of Shirin Abu Aklih was brought to the Palestinian Authority Command from the West Bank Hospital on Thursday morning, where a special prayer service was held for him.

In addition to Palestinian President Mohammed Abbas and other key leaders, a large number of people attended the prayer service.

Shereen Abu Aklih will be buried on Friday at Sheikh Jarrah, where his family resides.

Shireen Abu Aklih was from Palestine but had US citizenship. She had been with Al Jazeera since 1997. He had a respected position in Palestinian journalism circles.

Shireen Abu Aklih, who works for the international TV channel Al Jazeera, was shot dead by the Zionist army in the city of Jenin in occupied Jerusalem yesterday.

The Israeli military has blamed the Palestinians for the attack, but has since changed its stance, saying it was not immediately clear who fired the shots. بنی۔

The United Nations, Arab countries and the European Union have called for an independent, full and transparent inquiry into the martyrdom of Shirin Abu Aklih.

Syrian Refugees: How Turkey Became a “Political Weapon” in Crisis?