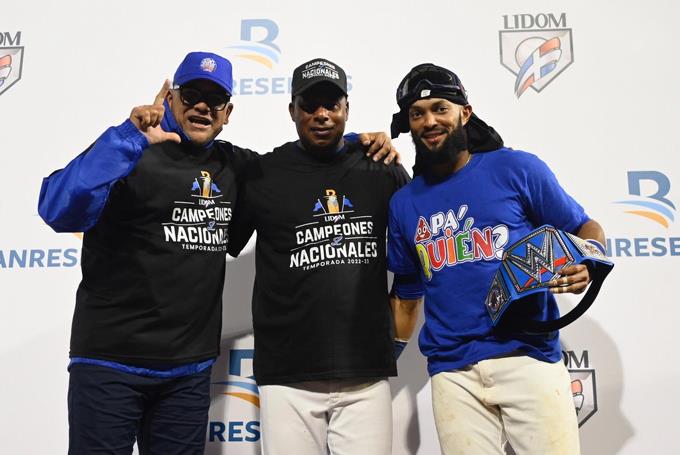 In the middle of the season affected by the pandemic (2020-21), José Offerman was working as a commentator for the Tigres del Licey radio station.

In the middle of the 2021-22 season when the directive "patched up the kill" and appointed Audo Vicente as general manager, Offerman received the "called blue" to return to the field as manager. The result was not as expected although the club straightened the course, but fell short in the Round Robin.

This time (2022-23) and with the baton on the field from the first day of training, the veteran baseball man more than paid for the trust once again placed in him to end the period of five seasons without titles for the glorious capital team.

Offerman handled with brilliance, cunning and sagacity the abundant material that management put in his hands and ended with the club’s return to the top of the Dominican Baseball League.

On his side, with everything and his status as Licey captain, Emilio Bonifacio was constantly receiving criticism from blue fans.

It did not matter that he had been the protagonist of the decisive hits to win the crowns in 2013-14 against the Chosen One and 2016-17 against the Águilas Cibaeñas.

But in the span of five seasons without titles, he was rebuilding his relationship with the difficult blue fans and starred in the most memorable celebrations after the victories that went viral and began to be imitated by other teams.

Now they are back at the top after winning the 2022-23 season championship after beating the Eastern Stars 4-1 in the final series.

Bonifacio was the spark on the field with his contact hitting, speed on the bases and adequate defense in center field helped mainly by his legs and his wide glove.

He led the league in 3-pointers in the regular round, helped the club set a record for wins in 50-game seasons, and was the Round-Robin MVP.

His actions led him to receive the nickname of "play owner". It remained as an entity of moderation, which awarded it the prize of "Knight of the Year"selected by the players.

He was also the guiding voice for youngsters and even veterans in the clubhouse of the 23-time Dominican League champions.