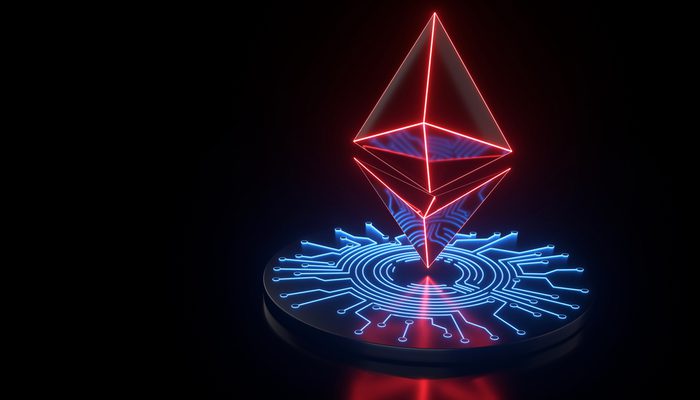 2022 will go down in the books as a dramatic year in terms of price development for just about every cryptocurrency. So is the number two in terms of market capitalization, ethereum (ETH). The price of ethereum has lost a total of almost 70% of its value in the past year. However, the network has made some nice developments, as the long-awaited merge took place in September in which Ethereum made its transition from proof-of-work (PoW) to proof-of-stake (PoS).

The number of smart contracts is increasing enormously

Earlier you could read in the Ethereum news that the number of smart contracts increased enormously after the merge. The bear market generally saw a decline in the number of new smart contracts, as developers were not eager to release decentralized applications (dApps) when the market was deeply under water. After the merge, this picture changed and there seemed to be a renewed optimism among developers on the Ethereum network.

According to a report from blockchain software and development company Alchemy, the number of smart contracts has increased by a whopping 293% in the past 12 months. This report also confirms the aforementioned development in which the peak in activity was visible in the fourth quarter. This was exactly after the merge had taken place. In the fourth quarter, the number of smart contracts increased by 453% compared to the previous quarter.

The number of smart contracts deployed on Ethereum’s Goerli testnet increased by 187% in the last three months of 2022. Measured over the entire year, the number has even skyrocketed by an astonishing 721%. With this it has one all time high reached 2.7 million suggesting more dApps may hit the market in the future.

What are smart contracts?

Smart contracts are digital, programmed contracts on the blockchain that are drawn up without the intervention of a third party. The digital protocol ensures that the agreement is automatically executed when the pre-agreed criteria are met.

The purpose of a smart contract is to become the more secure and digital replacement for traditional physical contracts.