This summer Nothing will launch its first smartphone. It will hit the market with an experience very close to pure Android. As he promised, before that happened, the brand released Nothing Launcher for other Android smartphones.

This week this launcher was available in the Google Play Store in beta format that you can now install on your Android smartphone. As you can see from the images below, it promises to be an experience very close to pure Android. 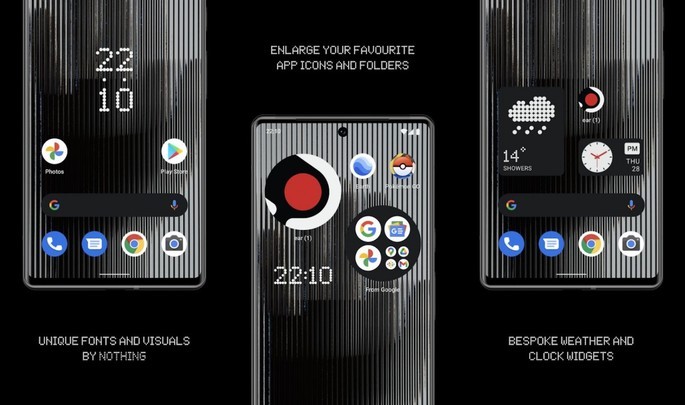 The app icons are circular and we have a custom Nothing wallpaper and widgets for clock and weather. These have the matrix typography that has characterized Nothing since its arrival on the market.

One of the distinguishing details of this launcher is the Max functionality. This allows you to long press an icon or folder on the home screen and increase its size from 1×1 to 3×3.

As can be read in the details of the app, this launcher is available for the Samsung Galaxy S21 and Galaxy S22 series, but also for the Pixel 5 and Pixel 6. Soon it will also be available for OnePlus smartphones.

You can download Nothing Launcher via the Google Play Store which we have provided below. As with any beta product, you can expect some bugs during use.

Download the Nothing Launcher beta from the Google Play Store

This is the software experience we should expect in Nothing Phone 1, due out this summer. According to the brand, it will be a different mobile experience than what we are used to, so there is a lot of curiosity.

Nothing is a London-based manufacturer co-founded by Carl Pei, former CEO of OnePlus. It launched Nothing Ear 1 as its first product, Bluetooth headphones that.