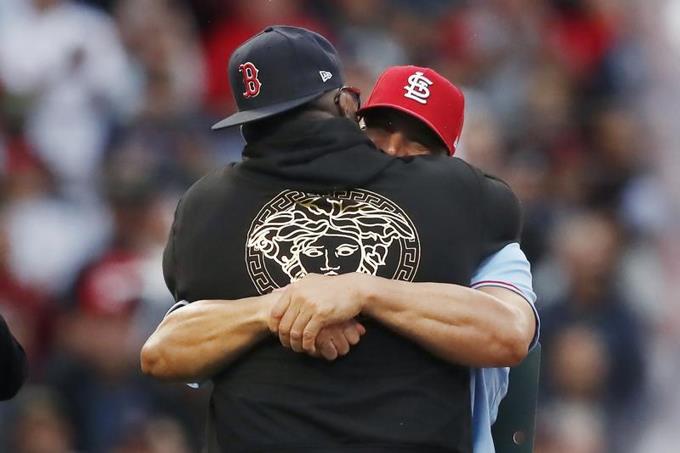 Nolan Arenado hit a two-run homer over the “Green Monster” in the first inning, leading the St. Louis Cardinals to an 11-2 rout of the Boston Red Sox on Saturday.

San Luis left the match practically defined with a cluster of six touchdowns in the sixth inning.

Nolan Gorman and Tyler O’Neill hit solo homers for the Cardinals, who reacted after losing the first game of the three that make up the series.

Paul Goldschmidt and Tommy Edman had two-run singles in the big inning.

The Dominican David Ortiz, recently elected to the Hall of Fame, was sitting in the first row, next to the cave of Boston, during the first five innings. Boston ended up suffering just its fourth loss in 16 games.

The Cardinals snapped a five-game losing streak at Fenway Park, including the final game of the 2013 World Series, played by Ortiz.

Neil Diamond made a rare appearance to sing “Sweet Caroline,” the unofficial Red Sox anthem, in the middle of the eighth inning.

For the Cardinals, the Dominican Albert Pujols 1-0.

For the Red Sox, the Dominicans Rafael Devers 4-0, Franchy Cordero 2-0.