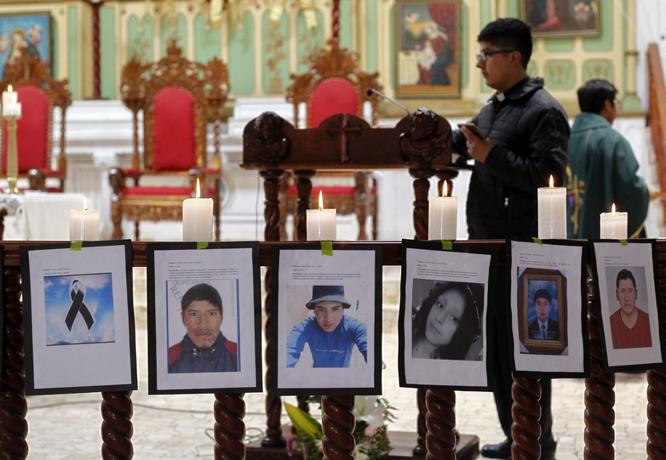 A man died this Sunday in the Peruvian city of Moyobamba, in the jungle region of San Martín, due to a traffic accident linked to the blockade of roads due to anti-government protests, which brought the total number of fatalities from the mobilizations in Peru to 50. since December, reported the Ombudsman.

The latest report released by this autonomous body confirmed the death of a 39-year-old civilian in Moyobamba "due to a traffic accident related to road blockage".

So far, 41 protesters have been killed in direct clashes with law enforcement, in addition to a policeman who was burned by a mob.

Likewise, another eight people lost their lives due to events related to the roadblocks that, according to the latest official report, this Sunday affected ten regions of the country, causing "interrupted traffic" in 99 points of the national territory.

As detailed by the Ombudsman, this Sunday there were peaceful mobilizations and concentrations in the provinces of Andahuaylas, Abancay and Chincheros, located in the southern region of Apurímac, as well as in the province of Hualgayoc, in the northern region of Cajamarca, and in Metropolitan Lima, in addition to the dozens of roadblocks and the stoppage of activities in other areas of the country.

With the death of the last victim of the blockades, whose causes have not been detailed, the total number of protests has risen to 50 in Peru since the mobilizations began on December 7, after the failed self-coup by former president Pedro Castillo.

Of this total, 22 deaths occurred in the last week, the majority last Monday, when 17 protesters lost their lives in clashes with law enforcement in the city of Juliaca, located in the southern region of Puno, bordering Bolivia.

The protesters are calling for the resignation of the president, Dina Boluarte, the closure of Congress and the calling of elections for 2023, among other demands.

This Friday, Boluarte offered a message to the nation in which he apologized if his government "he was wrong to find peace and calm" and affirmed that he will not resign and will continue "promoting dialogue and social peace" to overcome the social and political crisis that the country is experiencing.