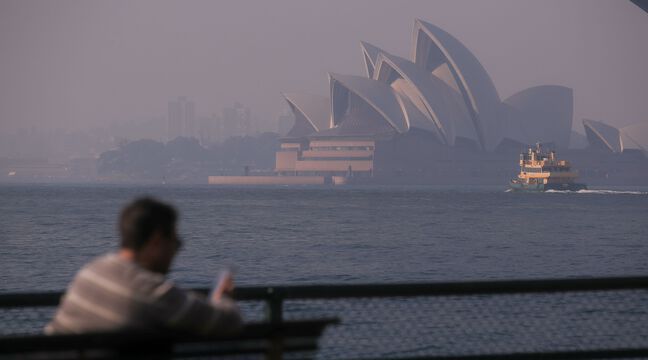 Australian authorities have announced a sixth containment of Melbourne as Sydney reported a record number of new cases of coronavirus, the huge island-continent trying to stop an epidemic resurgence linked to the Delta variant. The Prime Minister of the state of Victoria (southeast), Dan Andrews, admitted that he “had no choice” but to resolve to “announce” the containment of Melbourne and the state that surrounds the second largest city in the country, more than a week later. the lifting of a similar measure.

“None of us are happy to be here, none of us,” he said, citing the risk posed by eight “mysterious” cases, whose source of contamination could not be identified. “There is no alternative to confinement,” he added. “The alternative is to let go of this elusive race and our hospitals will be absolutely overwhelmed. Not for hundreds of patients, but for thousands ”. When the Victoria state shutdown goes into effect at 8pm, more than half of Australia’s 25 million people will be confined again.

On Thursday, the number of new infections in the state of New South Wales (southeastern) reached 262, the highest number since the start of the pandemic. Health authorities have said that almost all new cases have been identified in Sydney but contaminations have been reported in other districts, prompting State Prime Minister Gladys Berejiklian to geographically extend containment measures.

Five people tested positive in Newcastle, a city of 320,000 on Sydney’s north coast, prompting authorities to close schools and order confinement for at least a week. Five people between the ages of 60 and 80 have died in Sydney in the last 24 hours. None of them were fully vaccinated. “I cannot stress enough how important it is for everyone, regardless of age, to be vaccinated,” said Gladys Berejiklian.

Only 20% of Australians have received two doses of the vaccine, due to supply problems and great mistrust among the population. So far, Australia has been relatively spared from the pandemic thanks to the closure of its borders, a mandatory quarantine for foreign travelers and an intense policy of detection and identification of contact cases. But since the end of June, the island-continent has struggled to curb the spread of the Delta variant, which is much more contagious.

The Sydney outbreak likely started with an unvaccinated driver taking over airline crews and testing positive in mid-June. Since then, New South Wales has recorded 4,319 locally acquired cases and numerous outbreaks have appeared across the country. Prime Minister Scott Morrison has pledged to speed up vaccine deliveries by the end of the year, while emphasizing the need for cities to close to contain the spread. “The virus does not move by itself. People who stay home make sure the virus doesn’t move, ”he said Thursday.