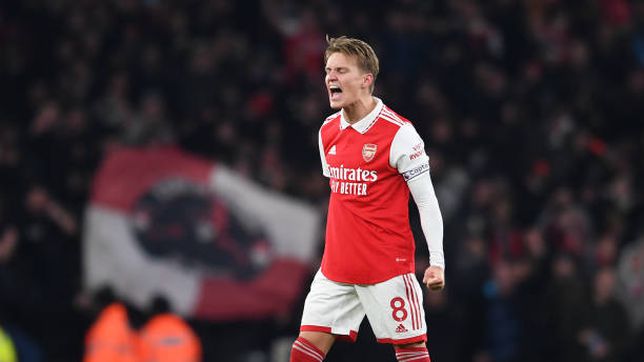 Arteta’s Arsenal has been surprising everyone in the Premier since the beginning of the season, being a very reliable team and with the passing of the days the team continues to hold on at the top. Proof of this is the comeback they achieved yesterday against United, in which they won 3-2 thanks to a goal from Nketiah in the 90th minute. The difference with their pursuers, Manchester City, is now five points, but the London team has one game less than Guardiola’s.

For tastes the colors and not everyone thinks that Arsenal can end up taking the Premier. An English soccer legend, Gary Neville, assures that Arteta’s team will not end up reaching the league title: “The reason I’m saying Arsenal won’t win the Premier is because they haven’t won it in the last 20 years and most of these players haven’t won anything yet. They need to show that they can get through the second half of the season to be able to win the league.”. assured.

Neville sees Manchester City stronger between now and the end of the season, as he considers that they are more used to dealing with pressure in decisive moments of the season: “Manchester City is in the race to win the title. They have been in similar situations in the past and have ended up winning, even though they are far behind Arsenal now. They could get to eight points behind them if Arsenal win their remaining game, but they still have to play each other and there are plenty of games to go.”

The race to clinch the Premier title will not be decided until the end of the season, but Arsenal has a good advantage and we just need to know if they are going to be able to withstand the pressure from City to hit the table and show that Arteta’s project is a winner and that once again Arsenal is among the best in the Premier.