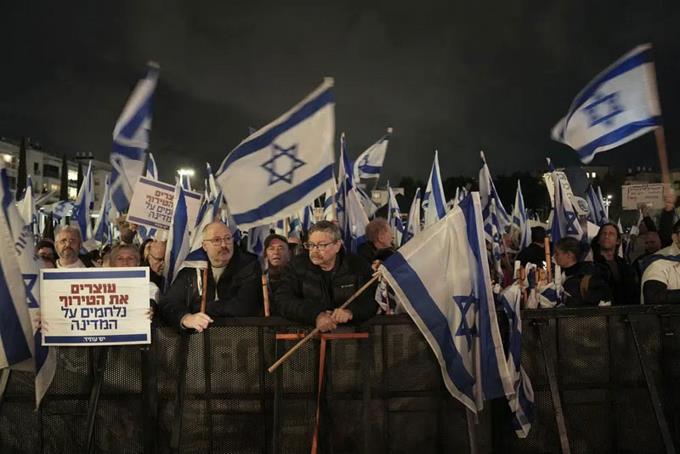 Israeli Prime Minister Benjamin Netanyahu said on Sunday that his government plans to press ahead with reform of the judicial system despite fierce criticism from senior officials and protests against the changes that have drawn thousands of people.

Netanyahu, who is on trial for corruption, has made judicial reform the centerpiece of his new government, and growing opposition to it represents the Israeli leader’s first challenge. Opponents say the changes could help Netanyahu avoid conviction in his corruption trial, or make the court case disappear altogether.

The reform would weaken the powers of the Supreme Court, giving lawmakers the ability to pass laws with a simple majority that the court has struck down, as well as giving the government greater power over the appointment of judges and limiting the independence of government legal advisers. .

The proposed changes have provoked protests from the president of the Supreme Court, who, in an unusual criticism, called the reform an “unbridled attack on the judicial system.”

Mike Pence in turn finds classified documents at his home